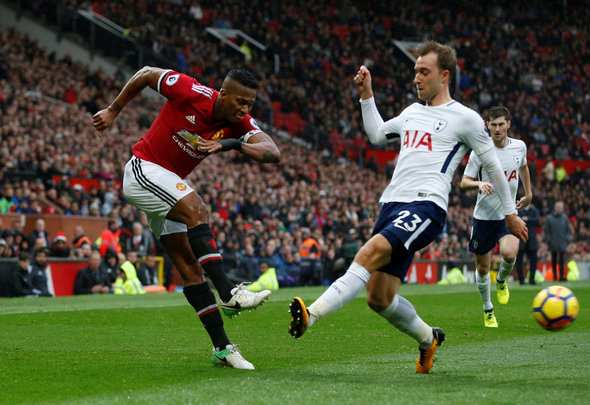 Former Newcastle United and Liverpool manager Graeme Souness has urged Manchester United boss Jose Mourinho to secure the signing of Tottenham playmaker Christian Eriksen.
The Danish international has been a pivotal member of Spurs’ squad since arriving from Ajax, and he has 211 appearances, 50 goals and 64 assists under his belt across all competitions, establishing himself as a top performer on both the domestic, European and world stage, netting 21 goals in his 75 outings for Denmark.
Souness, whose last managerial role was with Newcastle back in 2006, says that Manchester United are missing a player who can sit in the attack and forge out opportunities for the likes of Romelu Lukaku, and has identified Eriksen as the missing piece of the puzzle at Old Trafford.
Writing in his column for the Times, he said: “United need a better mix there to keep the ball better, make them a better watch and more threatening, with better quality into their strikers.
“They need a craftsman such as Christian Eriksen at Tottenham. Romelu Lukaku has faced some criticism, but he’s not been getting chances put on a plate.
“He could do with an Eriksen-type doing that for him. Juan Mata can do it, but he can’t get around the pitch the way that Eriksen does.”
This season has seen the Danish international remain as a firm favourite under manager Mauricio Pochettino, and he has made 32 appearances, scoring eight times and providing his team mates with a further eight assists.
He will be hoping to add to his four Champions League outings during the current campaign on Tuesday, when Spurs travel to Italy to take on Serie A heavyweights Juventus.
The first competitive meeting between the north London side and the club from Turin will also seen Pochettino’s men having taken on both of last year’s Champions League finalists, having drawn against and beaten current holders Real Madrid in the group stage.
In other Tottenham news, one star attacker is a major doubt for the clash after a training ground update.