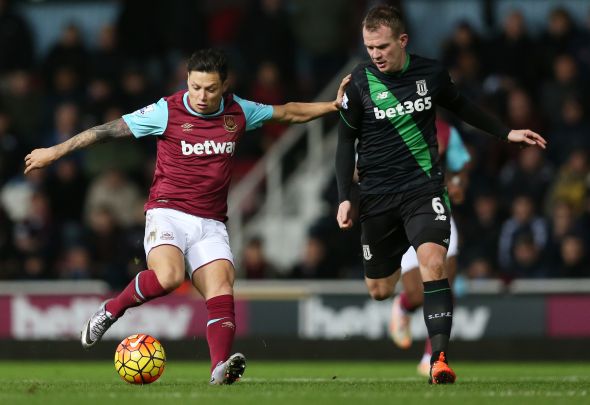 Former West Ham forward Mauro Zarate has wished his former club the best of luck ahead of their first game at the Olympic Stadium on Thursday night.

The club left their beloved Boleyn Ground at the end of last season and will christen their new home against NK Domzale in the second leg of a Europa League qualifying.

Zarate took to Instagram with a photo of the new modern stadium, finishing the post with West Ham’s trademark COYI (Come On You Irons).

All the best to my ex team @whufc_official in their first match at the new home !!! I'm sure that the lads will make a great match with the amazing support of you all. COYI 👍💪⚽️.

Zarate spent just 18 months at West Ham after joining the club for an undisclosed fee from Argentine side Club Atlético Vélez Sarsfield.

He was frozen out under Sam Allardyce but made more of an impact under Slaven Bilic before a move to Italian side Fiorentina in January for £1.8million.

Thursdays tie is more than just a first game at the new stadium, with the Hammers needing to overturn a 2-1 deficit from the first leg if they are to reach the next round.

In other West Ham news, West Ham are putting the finishing touches on their deal for a 25-year-old, with the medical nearly complete.