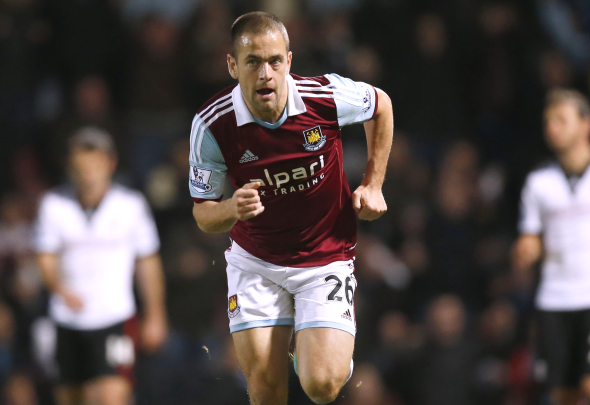 The former England international signed for the North American Soccer League outfit back in May following a short stay at League One side Coventry City.

The 34-year-old had time in the box to chest the ball down, and with his back to goal, managed to acrobatically loop the ball over the Puerto Rico FC goalkeeper in what was the first in a 3-0 win.

#1 on the @SportsCenter Top 10! pic.twitter.com/VGDwcEnytC

The former Liverpool and Lille midfielder secured the Rowdies huge publicity, sending Twitter into overdrive and landing the coveted No 1 spot on ESPN SportsCenter’s top 10 plays of the day.

Cole was quoted after the match as saying that he was delighted with the goal, but was just as happy with the Rowdies’ performance.

“It was nice,” Cole said. “It’s always nice to score the first goal in a game and it was a lovely goal.

“It’ll be a nice one to watch and send home for everyone to watch, but the main thing is that the team was excellent tonight.”

Cole, who won three Premier League titles with Chelsea, almost scored an audacious free-kick in the same match, but instead of finding the net he found the crossbar.

Joe Cole just smashed it off the crossbar. pic.twitter.com/knSJX1bowh

Cole was long touted as the next Paul Gascoigne during his West Ham days, and was one of the first names on the teamsheet during his first five-year spell. Cole returned to East London in 2012 for two more season before moving to Aston Villa.

In other West Ham news, manager Slaven Bilic is looking to bring this striker to East London in a cut-price deal.