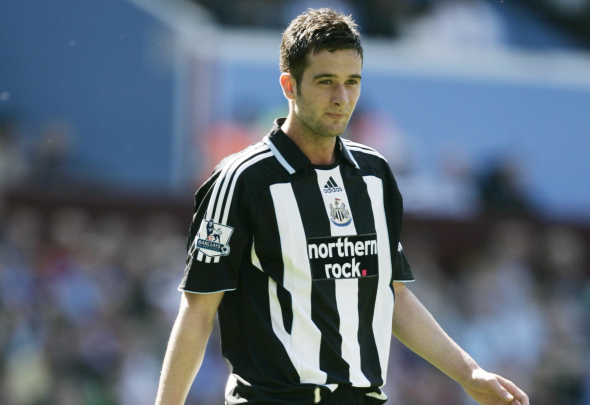 The former Newcastle trainee was released by Birmingham at the end of last season, and has been tasked with helping the Canadian side shore up its defence after conceding 33 goals in 19 games.

Vancouver’s official website reported that the 29-year-old has signed an 18-month deal with the Canadian club, who are managed by Welshman Carl Robinson.

Edgar moved into his Grandmother’s house in Tyne and Wear when he was just 14-years-old, after accepting a youth contract from The Magpies.

Most Magpies fans will remember the Ontario-born defender for his home debut. Edgar blew the St. James’ Park terraces away with a 30-yard strike that, via a deflection, earned Newcastle a 2-2 draw against Manchester United and he was named man-of-the-match.

Edgar, who has 37 caps for his country, made only 23 appearances for Newcastle but was considered a fan favourite for his passion and commitment to the cause.

Vancouver manager Robinson told the club’s official website that he was delighted to sign a defender with Edgar’s knowledge of the game.

He said: “He is a good size, a natural organizer, and brings a wealth of playing experience at very good levels in England from a young age.”

The defender went on to play for Burnley where he made over 100 appearances, and also appeared for Swansea, Huddersfield and Sheffield United.

In other Newcastle news, French side Marseille are looking to sign this Newcastle flop on another temporary deal.