Paul Robinson has claimed the door may be open for Celtic to re-sign Fraser Forster this summer.

Speaking exclusively to Football Insider, the former Spurs and England number one suggested the 33-year-old would be open to a return to Parkhead in what would be a “great move for all parties.”

Forster‘s opportunities have been few and far between since returning to Southampton from his loan spell with the Hoops. 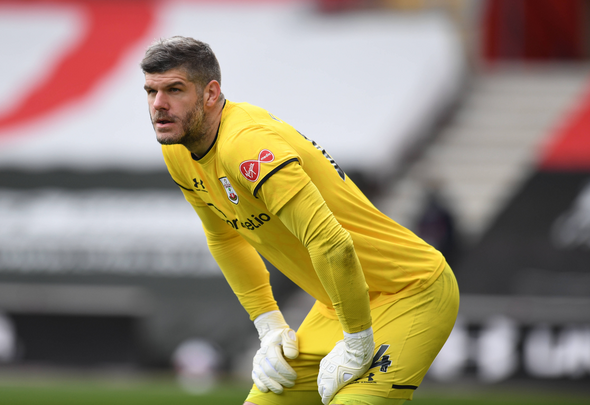 He made just eight Premier League appearances in the 2020-21 campaign and will enter the final 12 months of his contract at St. Mary’s next month.

Celtic’s replacement for Forster, Vasilis Barkas, has struggled since arriving to Parkhead, with Scott Bain finishing the season as the Hoops’ number one.

Robinson insisted it is “critical” the Bhoys sign a new number one early in the transfer window.

“Celtic will be starting pre-season early because of the European qualifiers so it is critical that they get a new goalkeeper in as soon as possible,” he told Football Insider.

“They need to get all of their business done early really. But saying that, the managerial situation does not fill you with any confidence in regards to transfers getting done early.

“They need a new goalkeeper desperately. Losing Fraser Forster was a big blow and if they can re-sign him, which I think is an option this summer, I think it is something they might look at and it can happen.

In other news, McAvennie backs Celtic to sign ‘the next Leigh Griffiths’ as Howe reportedly offered striker.