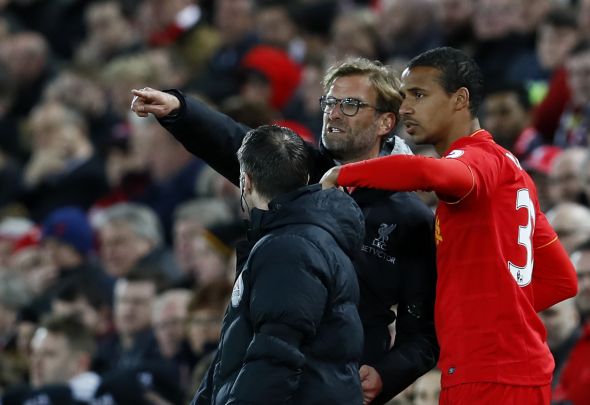 Four Liverpool first teamers are set to miss Wednesday night’s Champions League showdown against Manchester City at Anfield, according to a report.

The Times claims defenders Joel Matip and Joe Gomez will join already ruled-out Adam Lallana on the sidelines for the mouthwatering clash.

It is said that midfielder Emre Can is also in line to miss the Merseyside giants’ biggest match of the season so far.

The Times report that Matip is expected to miss the rest of the season with a ruptured thigh muscle and Lallana is another who may not play again this campaign after suffering a hamstring injury against Crystal Palace on Saturday.

Matip also suffered his injury in the victory over Palace, but played for the full 90 minutes. Scans have revealed the full extent of the injury and the centre back is now in Germany where it will be decided if he needs an operation.

Gomez is also out with ankle ligament damage and Can has failed to train in the last week prior to today’s session with a back complaint.