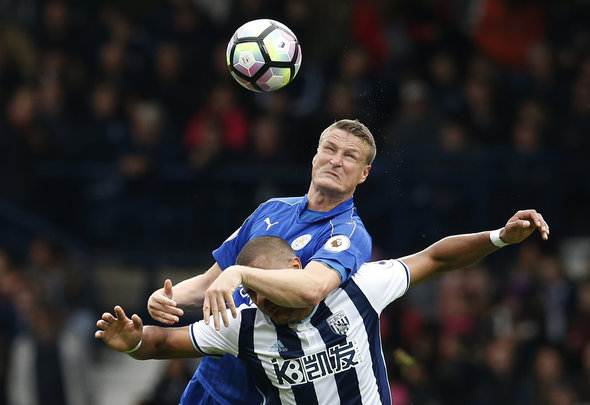 Celtic have lacked a really experienced defender since Kolo Toure retired last season, and it has been shown up in some poor performances, particularly in Europe.

But there is a player available who could add some much needed experience for the Hoops, and that is the recently released former Leicester City centre-back Robert Huth.

Huth, who is only 33-years-old, has won the Premier League title three times, didn’t play at all for the Filbert Street club last season, after falling out of favour with manager Claude Puel and a series of injuries.

That shouldn’t deter Brendan Rodgers from contemplating making a move for the German however.

The Hoops’ backline seems to lack experience at times, which isn’t a shock when you consider that the player who is the most experienced is Dedryck Boyata.

The likes of Jack Hendry, Kristoffer Ajer and maybe even Jozo Simunovic need a guiding hand to help them through the difficulties they will face in Europe, and Huth seems to be an ideal candidate for that.

But what about Marvin Compper, people will say, the last experienced player that the Hoops bought, who has only made one appearance and now looks surplus to requirements?

Compper has never played in the Champions League and Huth has, so for that alone he seems a much better bet than the January signing from Leipzig.

The Hoops should move in and swoop for the player before another club needing an experienced centre-back inevitably signs Huth.

In other Celtic news, Frank McGarvey has made a bizarre claim about the Hoops’ best striker