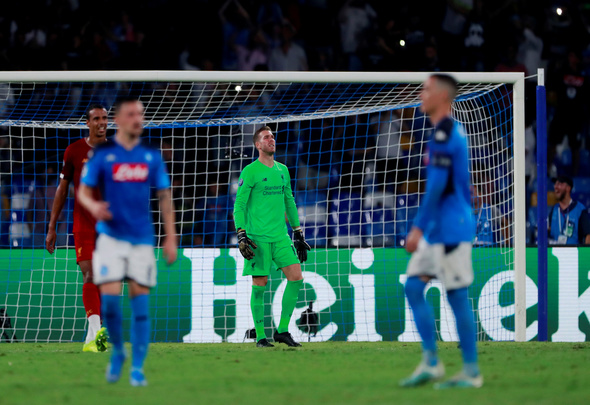 Darren Bent has been left raving over the performances of Liverpool goalkeeper Adrian and says the shot-stopper has shut up some of the doubters he had at Anfield.

Speaking exclusively to Football Insider assistant editor Russell Edge, the former Tottenham and England striker admits that the Spanish keeper had a shaky start to life in the first-team after replacing the injured Alisson between the sticks but he has quickly made up for those early errors.

The 32-year-old arrived at Liverpool on a free transfer after leaving West Ham over the summer, taking over as Alisson’s understudy from Simon Mignolet.

However, with the Brazilian international sidelined through injury, Adrian has been given regular playing time by Jurgen Klopp and Bent says he is hugely impressed with what he has seen.

Bent told Football Insider: “He made some serious saves (v Napoli). He’s someone that someone questioned, when Alisson went down they kind of questioned it and said he’s the weak link.

“He made a couple of mistakes in his first few games but against Napoli, he atoned for those mistakes. The saves were exceptional and I think he and Liverpool fans will take a lot of confidence from that.

“Alisson is among the world’s best goalkeepers but his guy is right up there, it was a really, really good performance. It’s funny how these things work out. Goalkeepers, it’s a funny old world.”

Adrian, who featured just five times for West Ham during his final season in east London, not once in the Premier League, has already played eight games for Liverpool across all competitions, making his Champions League debut in the 2-0 defeat away to Napoli.

In other Liverpool news, Danny Mills has urged the Reds to sign up a midfielder “immediately” after admitting he wants so sign a contract at Anfield.