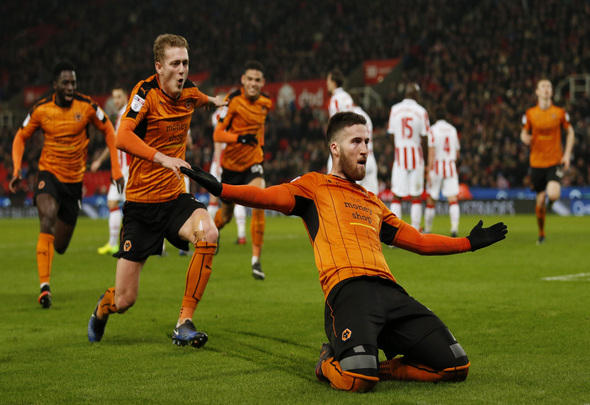 Matt Doherty is currently unsure of his future at Wolves following the appointment of new manager Nuno Espirito Santo, according to a reliable journalist.

Daily Mirror reporter James Nursey claimed on his personal Twitter account on Friday afternoon that “several” of Wolves’ Championship rivals are starting to circle around the 25-year-old, whose future has now been cast into doubt.

Doherty was a key part in the Black Country club’s first-team last season as he featured in 47 matches across all competitions, scoring five goals and supplying seven assists despite playing as a full-back on either sides of the back four.

Arguably his best performance of the campaign came in the surprise 2-0 win at Premier League side Stoke in the FA Cup in January, when the former Ireland Under-21 man scored and set-up the other goal.

However the defender missed the last three fixtures of Wolves’ Championship campaign, meaning the 0-0 draw with Blackburn in April could have been his final appearance for the club.

The Irish full-back has been a part of the Wolves squad since 2010 when he signed from Dublin-based outfit Bohemians.

He has since made 160 appearances in all competitions for the Wanderers, scoring nine goals.

It’s strange that Santo wouldn’t want to keep a reliable player like Doherty at Molineux ahead of next season, unless he wants to really go all out this summer and make drastic changes to the team. Doherty has a lot of experience for someone of his age and it’s handy to have people around the squad who have been there for at least five years. The full-back’s experience could have been invaluable in bringing in fresh faces, possibly from abroad, to pad out the playing staff. There’s still a lot of time for Santo to make his mind up though, but Doherty will surely want some assurances before it gets too late.

In other Wolves news, the club have confirmed that they have signed this midfielder from a top-flight club.