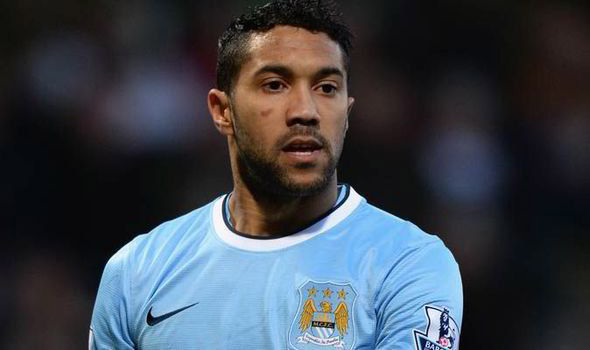 Manchester City and France defender Gael Clichy has backed his former manager Arsene Wenger saying Arsenal fans should be careful what they wish for.

Clichy was brought to England from French outfit Cannes by Wenger in 2003, and played under him until 2011 when he left for Man City.

The Frenchman made 264 league and cup appearances for Arsenal with Wenger as his boss and was part of the ‘Invincibles’ squad of 2003/2004.

He was also part of the FA Cup winning team of 2004/2005 and the side who lost in the Champions League final to Barcelona in 2006.

Now plying his trade at Man City, Clichy has weighed in on the Wenger debate.

Speaking in the Telegraph Clichy said: “It’s hard because the manager does not really deserve what he’s getting.

“I do believe he’s the right man; he has been the right man for so many years and I am listening to what people are saying.

Clichy has made 31 appearances across all competitions for City this year and despite being 31-years-old, is one of the top full-backs in the league.

Clichy, who also has 18 France caps to his name, owes a lot to Wenger for giving him his first chance in English football and he’s now backing his former boss.

In other Arsenal news, Ian Wright: This is how big name players will view joining Spurs this summer.