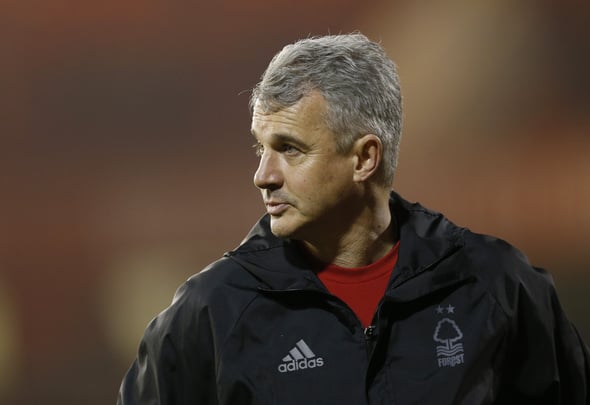 The Forest legend believes that results over the likes of Brighton and Aston Villa have kept them within a chance of staying in the Championship this season.

Brazil and Lester make way for Mark Warburton who was announced as the new City Ground boss on Tuesday.

Club owner Fawaz Al Hasawi sacked Philippe Montanier in January and put Brazil in caretaker charge of the club until he found a successor.

However the 54-year-old began his role with three wins in four games and was ultimately given made interim manager of the club until the end of the season.

Despite this, Forest have now just won once in their last seven Championship matches and have edged closer to the bottom three.

“They oversaw some great results – the 3-0 win over Brighton, beating Aston Villa; if Forest hadn’t picked up those points they would be in even more trouble, that’s the way you’ve got to look at it,” said Birtles in his column on the Nottingham Post website.

“If they hadn’t got those wins, the club might well be in the bottom three at the minute.

“Some of the results under Brazil and Lester could prove to be crucial come the end of the season.”

Warburton takes charge of his first game in charge of Forest in a vital all-East Midlands clash against Derby on Saturday.

The Rams are also beginning life with a new manager as Gary Rowett was brought in to replace Steve McClaren this week.

Forest are currently 20th in the league standings and sit just two points clear of the relegation zone.

Wolves leapfrogged the Reds after they beat Brentford on Tuesday night.

In other Nottingham Forest news, here are three Rangers players that could follow Warburton to the City Ground.