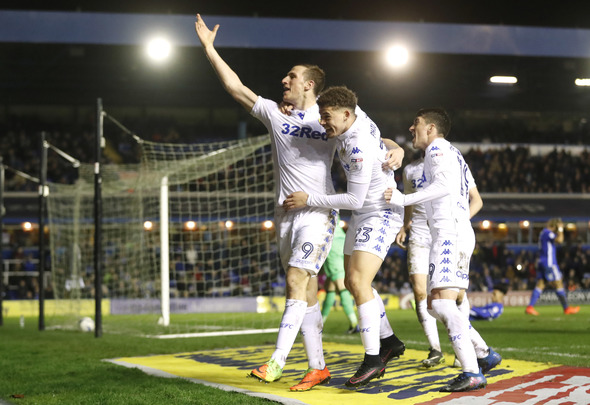 Garry Monk has revealed that he held summer talks with striker Chris Wood in order to get the best out of the Leeds number nine.

Wood, 25, is currently in the form of his life under Monk, after taking his tally to 27 goals in all competitions with a brace during Saturday’s 2-0 win over Brighton.

Speaking on Alan Brazil’s Breakfast Show on talkSPORT, Monk revealed that he sat down individually with Wood in an attempt to improve the New Zealand international’s form.

Monk told talkSPORT that he wanted aggression from the former Leicester striker, and has seen him benefit as he now tops the Championship goalscoring rankings.

“I think his improved form is down to everyone, including Chris himself,” Monk said. “I could see he had all the attributes to score in this league.

“I sat with him individually in the summer, like all the players, and told him what I thought. It was his mentality that impressed me.

“He needed to be more aggressive, we’ve worked on positions in the box, but he works incredibly hard and he’s beginning to reap the rewards. He looks sharp and fitter.”

Wood has scored 13 goals in as many games for the Yorkshire giants, after finding the back of the net to earn all three points at Elland Road against promotion rivals Brighton on Saturday.

The target man opened the scoring just after the hour mark, heading in a Charlie Taylor cross that looped over goalkeeper David Stockdale to continue his sublime form in front of goal.

He then doubled his tally after Souleymane Doukara’s mazy run was stopped by defender Fikayo Tomori in the penalty area. Wood stepped up, lashing the ball straight down the middle.

Wood is currently with New Zealand as he looks to earn his 47th and 48th national team caps in two 2018 World Cup qualifiers against Fiji, on March 25 and 28.

Leeds fans will be desperately hoping he comes through both matches unscathed.

In other Leeds news, Monk has also shared this massive update on his future as manager.