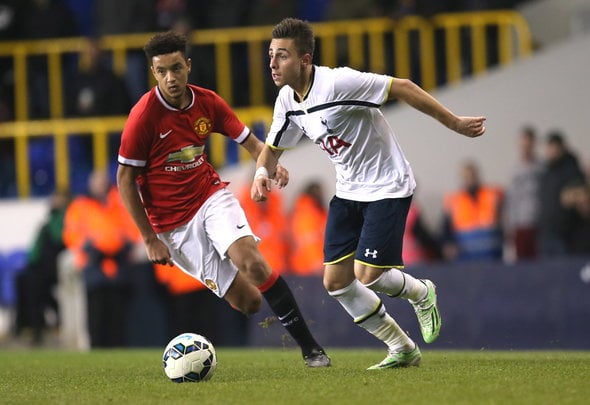 Rookie Tottenham attacker Anthony Georgiou is set to be fast-tracked into the Cyprus national tonight (Friday) after gaining his citizenship, according to a report.

Football London claim the Spurs left-sided forward is in line to win his first international cap in his country’s friendly against Montenegro.

Georgiou turns 22 on Saturday and has just be awarded his Cypriot citizenship, meaning he can compete at a senior level for the country.

The young attacker has made just one competitive appearance for Tottenham’s senior side, a six-minute run-out in their Champions League win against Apoel Nicosia last September.

Georgiou signed a new deal with Spurs last November that runs until the summer of 2020.

Georgiou may be struggling to break into Pochettino’s match day squads, but he is likely to be able to call himself an international footballer after tonight’s match. The question is, will he make it at Spurs, where the competition is intense and the team is established as a top-four Premier League side and Champions League regular? After an injury-hit 2016/17 season, Georgiou was involved in the club’s pre-season tour of the USA last summer and he impressed in a friendly against Roma. But he does not score or create enough goals for a wide attacker, even in Under-23s football. It is telling that in 36 Premier League 2 fixtures, Georgiou has supplied seven assists but not yet scored. He is unlikely to knock Son Heung-Min off his perch any time soon.