Alan Hutton has tipped Kai Kennedy to fight for a first-team place at Rangers next season after signing a new long-term contract.

The former Gers defender, speaking exclusively to Football Insider, admitted it was a big relief to see the teenage winger commit his future to the Glasgow giants after some uncertainty over whether he would remain past the end of the season.

Rangers confirmed last week that the 18-year-old had put pen to paper on a contract extension which will keep him tied down at Ibrox until 2023.

Kennedy’s new deal runs to the summer of 2023, and he will immediately join @RaithRovers on-loan until the end of this season.

As revealed by Football Insider back in December, Rangers appeared resigned to losing the teenager after he snubbed an offer of a new deal last summer but negotiations resumed towards the end of 2020.

Hutton believes that keeping Kennedy at Ibrox is very good for the club and he backed the attacker to fight for a first-team place next season.

“Obviously, Steven Gerrard rates him very highly and to be only 18, I mean you don’t want your youth products just disappearing right, left and centre, you want to tie them down and get them into the first-team.

“For him to have signed a long-term deal until 2023 is great – he’s out on loan, he obviously impressed when he was at Inverness and now he’s gone to Raith, so it’s good for his development and it’s good for Rangers.

“Hopefully he can come back after this season, played a lot of games, experienced the big, bad world and he can fight for his position in the first-team.” 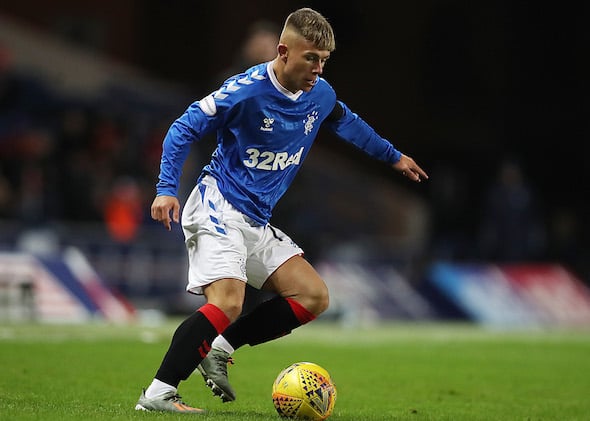 According to the Daily Record, Bayern Munich were interested in signing the 18-year-old amid his contract wrangle at Rangers.

The Gers have already seen the likes of Billy Gilmour leave Ibrox to join Premier League side Chelsea in recent years.

In other news: ‘The Master’ – Frank McAvennie blown away by Rangers talent.