Liverpool should look to sign Kalidou Koulibaly in January to replace the injured Virgil van Dijk, according to Noel Whelan.

Speaking exclusively to Football Insider correspondent Dylan Childs, the former Leeds United striker claimed that the 29-year-old would be a “real presence at the back” and “worth the money” if signed.

Van Dijk ruptured his anterior cruciate ligament in the 2-2 draw with Merseyside rivals Everton on Saturday following a high tackle from Jordan Pickford.

White was scouted extensively by the Premier League champions last season while he excelled at Leeds under Marcelo Bielsa.

However, Whelan is adamant that the more experienced Koulibaly would be a better option for Jurgen Klopp.

“Koulibaly is fantastic and he is still at Napoli,” he told Football Insider.

“Maybe he is somebody that they need to look at.

“He would bring them that leadership. He is a real presence at the back and would be worth the money.

“Give him an opportunity in the Premier League. Go after him in the January window.” 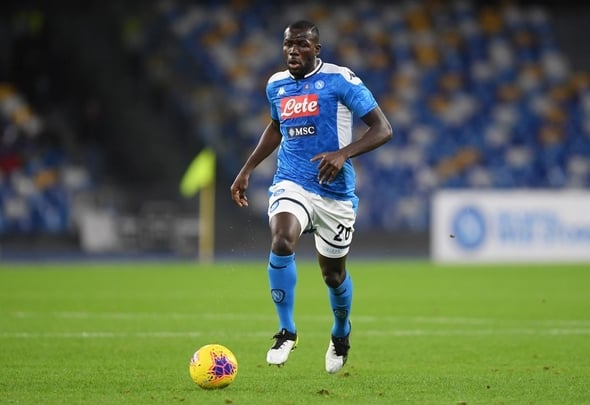 Koulibaly was heavily linked with a move to Manchester City this summer but remained at Napoli past the international deadline on 5 October.

The Senegal captain has three years remaining on his contract at the San Paolo Stadium.

In other Liverpool news, Noel Whelan has told Football Insider that he “is sure” attacker will have release clause in his prospective new contract.