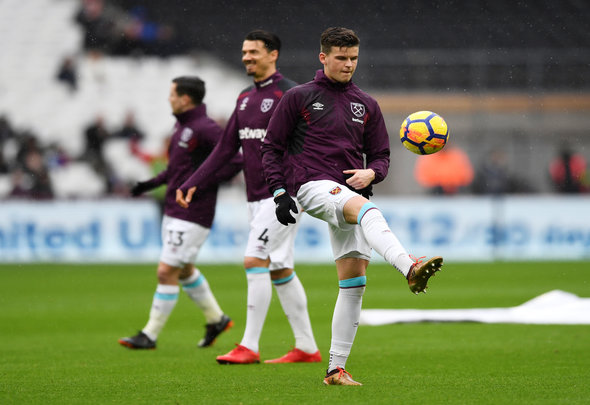 Danny Mills has said that Sam Byram made a blunder joining West Ham from Leeds United and that his career has gone backwards during his time in east London.

The former England and Leeds star, speaking exclusively to Football Insider, claims that Byram made the mistake of leaving Elland Road too early and ended up finding himself lacking in game time with the Irons.

Byram was confirmed to have left West Ham for Norwich City on Tuesday, the 25-year-old putting pen to paper on a four-year deal with the Championship champions.

Mills insists that the right-back was chasing the money rather than thinking about his footballing future when he left Leeds in 2016 and that his career has suffered as a result.

Mills told Football Insider: “I think he moved too early. I think he wasn’t quite ready to step into a Premier League first team and then his career went backwards a bit.

“He’s a very, very good player, I rated him very, very highly. A good attacking full-back, still with things to learn and to improve upon, but he went to West Ham and didn’t really play enough. Then he picked up an injury and his career stalled a little bit.

“His career’s almost been on hold for three or four seasons. A lot of players jump ship very, very early, moved to a Premier League club for a big wage increase but then you don’t play and if you’re not careful your career can be paused or go backwards a little bit.

“I feel as though that’s what happened to Sam Byram.”

Byram managed to make just 36 appearances for the Hammers during his three-year stint at the London Stadium, with last season seeing him shipped out to Championship side Nottingham Forest on loan.

His time at the City Ground was blighted by a serious knee injury which required surgery, leaving him to play just eight games across all competitions for Forest.

In other West Ham news, it can be REVEALED another Hammers exit is imminent after a northern side launched a bid to ambush their rivals.