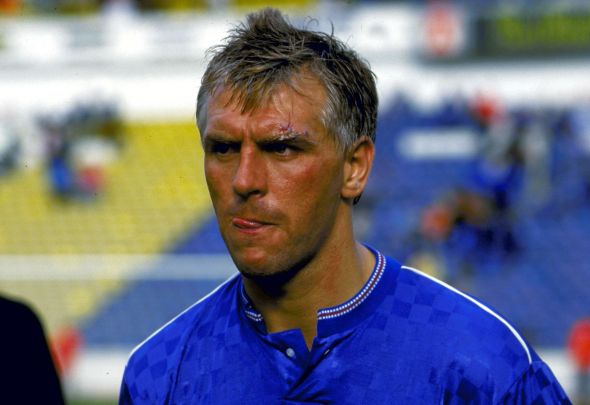 Tottenham icon Graham Roberts has claimed that his old side must attack with pace and play attractive football to secure three points against Leicester.

Spurs could end the weekend on top of the Premier League if they secure three points against last season’s champions and other results go their way.

Roberts, who played for the North London side between 1980 and 1986, delivered a rallying call on his personal Twitter account as Spurs look to maintain their unbeaten domestic record this season.

Spurs may find themselves up against it as they play host to the likes of Jamie Vardy, Riyad Mahrez and Danny Drinkwater, as star striker Harry Kane and defensive stalwart Toby Alderweireld have been ruled out.

Without a win in four league and cup encounters, and only two goals in their last 360 minutes of football, fans will be hoping their stars can deliver a result and stop the rot.

However, manager Mauricio Pochettino will have one eye on Wednesday night as they welcome German giants Bayer Leverkusen to Wembley Stadium in a huge Champions League Group E clash.

Spurs then face Arsenal next weekend at the Emirates, as they embark on a difficult run of games that sees them face West Ham, Chelsea and Monaco throughout November.

In other Tottenham news, Pochettino responds to speculation linking Spurs with a move for this £38million player.