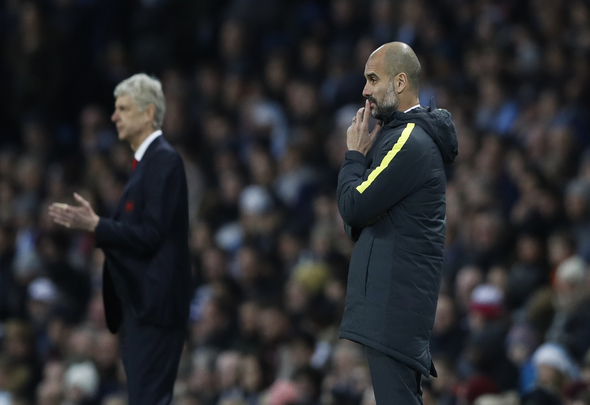 Pep Guardiola has delivered a gushing appraisal of Tottenham as his first season in the Premier League draws to a close.

The Manchester City manager has claimed Spurs have a “beautiful” squad that he “loves” as he explained why his own team have fallen short in the title race this season.

City are still not assured of a top-four Premier League finish but can take a massive stride in the direction of next season’s Champions League with a victory against West Brom on Tuesday night.

Guardiola admitted his side have not been as good as newly-crowned champions Chelsea or second-placed Tottenham and, intriguingly, reserved his highest praised for the north London club.

“Chelsea have played amazing – consistent, clinical in the box, solid – and Tottenham have been amazing too,” Guardiola told Sky Sports, as quoted by their website. “They are a beautiful squad, a huge squad, which I love. Football is an emotion, it’s not numbers, here it’s always about statistics – when we talk about emotions it will be amazing.”

Chelsea pulled 10 points clear of Spurs following their 4-3 home win over Watford on Monday night to reach the 90-point landmark.

Mauricio Pochettino’s side have a game in hand on the west Londoners, when they travel to 2016 champions Leicester on Thursday.

Tottenham then end the season with a trip to relegated Hull City on Sunday.

Regardless of the results, Spurs will finish ahead of City, which is regarded as a huge achievement given the spending and resources of the Manchester club.