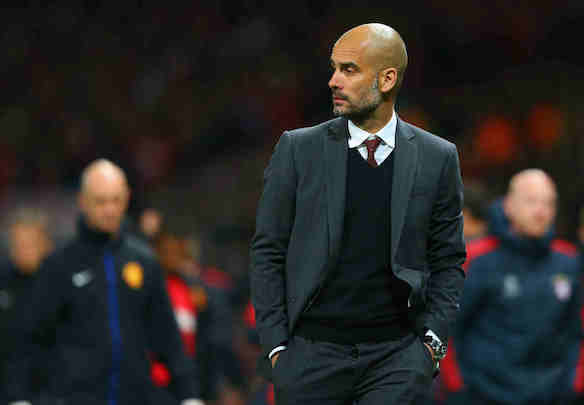 Pep Guardiola has already chosen his next club after telling Bayern Munich of his decision to leave two weeks ago, according to chief executive Karl-Heinz Rummenigge.

Bayern confirmed on Sunday that the world’s most in-demand manager has decided to end his three-year association with the club, and will be replaced by Carlo Ancelotti next summer.
The former Barcelona manager, 44, has been linked with Arsenal, Chelsea, Manchester United and, most strongly, Manchester City.
“I think I know where he is going – but I want to leave the announcement to him or his new employer,” Rummenigge told German newspaper Bild on Monday.
The former Bayern and Germany striker says he holds no ill feeling towards the Spaniard despite his decision to leave the Bundesliga giants next summer.
“He came over to me two weeks ago at our Christmas party and told me that he was looking for a new challenge,” Rummenigge told German newspaper Bild. “He was almost apologetic. I’m not disappointed in him.”

Man City are the favourites to land Guardiola as they press ahead with plans to install him as their new manager next summer as a replacement for Manuel Pellegrini.

City chiefs have offered Pep Guardiola a deal to make him the world’s best-paid manager and are increasingly confident he will accept.


Former Milan, Chelsea and Real Madrid boss Carlo Ancelotti, 56, has signed a three-year deal to replace Guardiola at the Allianz Arena.
Rummenigge says he was wary Guardiola would decide to move on after noticing signs the former Spain midfielder appeared to be getting restless in the summer.
“You could read between the lines and that was something that we should have interpreted,” he added. “We did take note of it, but we just wanted to give him time to make up his mind in peace.”