Keith Hackett has heaped praise on VAR after it ruled out a Brighton & Hove Albion goal against Sheffield United for offside.

Speaking exclusively to Football Insider, the ex-FIFA and Premier League admitted the assistant referee “would have flagged” the incident if VAR was not there to intervene.

Jakub Moder thought he had found an equaliser with his first-ever goal for the Seagulls at Bramall Lane and there was little complaint from the Sheffield United players. 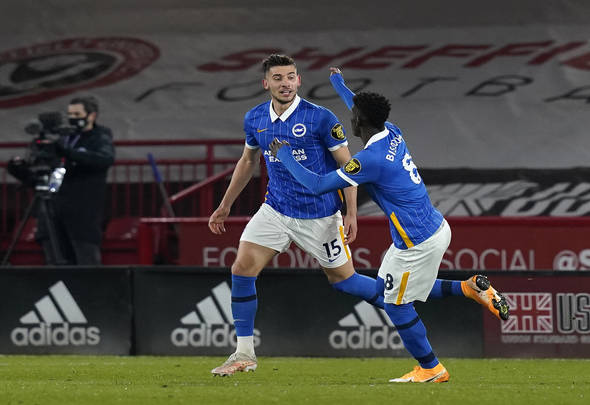 However, VAR ruled the 22-year-old had come from an offside position to meet Adam Webster’s header before finding the net.

The goal was ruled out and the Blades hung on for just their fifth Premier League win of the season and the first under interim boss Paul Heckingbottom.

“To be honest with you, knowing the quality of our assistant referees they would have flagged,” Hackett told Football Insider correspondent Connor Whitley.

“They don’t flag anymore and therefore they flag after the event.

“He’s come from an offside position, so he’s offside.

“Nobody appealed, nobody looked but the goal was ruled out. I suppose at the end of the day that’s what VAR’s for.

“And I’m a Wednesday fan, I’m not a United fan because I know people are going to say ‘He’s from Sheffield, he’s a United fan’ but I support Wednesday.”

Sheffield United’s return to the Championship was already confirmed before the game while Brighton squandered a chance to pull further away from the bottom three.

The loss means they are seven points ahead of Fulham, who occupy the final relegation place, with five games left to play.

In other news, Sheffield United have lined up a move to sign a 28-goal sensation.