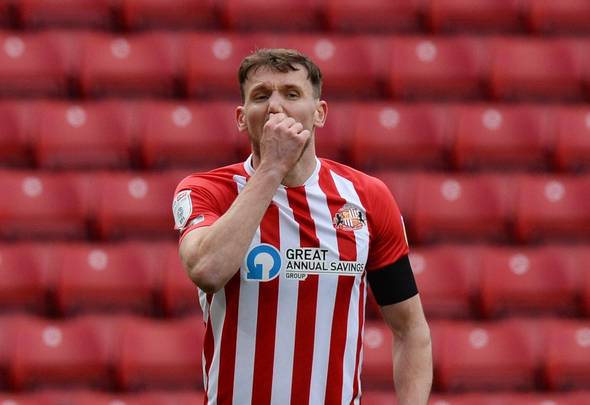 Keith Hackett has hit back at Sunderland manager Lee Johnson for “blaming the referee” for his side’s poor defending against Charlton Athletic.

Speaking exclusively to Football Insider, the ex-Premier League and FIFA official insisted Charlie Wyke had to be “stronger” when Charlton Athletic scored the opening goal in their 2-1 win on Saturday.

Black Cats midfielder Josh Scowen scored an own goal after Jake Foster-Caskey’s corner was met by a Charlton head. 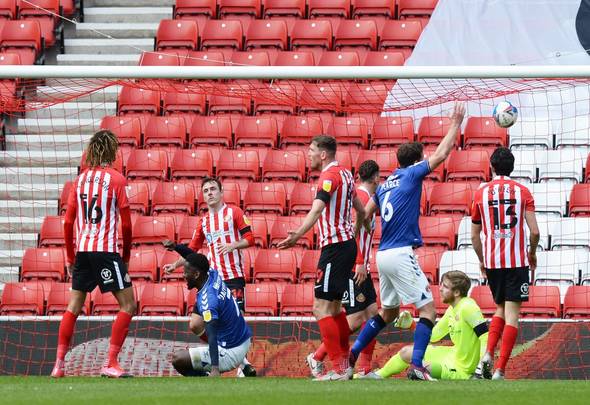 Wyke and his manager felt he was blocked off to challenge for the header and wanted the goal to be ruled out.

Johnson explained to Chronicle Live after the match: “We knew we were up against it officials-wise throughout the game, and their first goal is partly soft from our point of view but also a foul which they [the officials] have to see.”

The decision cost Sunderland as their 12-game unbeaten run in League One was put to an end by play-off chasing Charlton.

But Hackett has insisted they can have no complaints.

He told Football Insider correspondent Connor Whitley: “He’s got to be a bit stronger, hasn’t he? The defender.

“I can see why he’s given the goal. I’d give the goal.

“If you’re a defender you’ve got to be stronger in the modern game.

“No point making an excuse. That’s what you’re doing. Blaming the referee for the poor defending.”

Sunderland are now five points behind the automatic promotion places in League One although they have games in hand over the top two.

They have seven games left to play including a vital clash with table toppers Hull City later this month.

In other news, Kevin Phillips has been left wowed by a £60million Sunderland report that will have Johnson “delighted”.