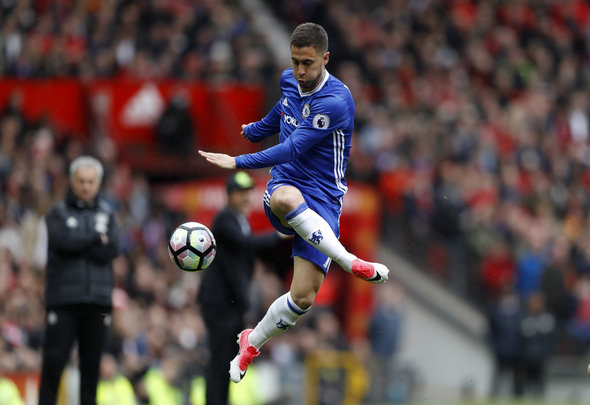 Chelsea’s Eden Hazard looks ready to return to the pitch as he has been named in Belgium’s squad to face Gibraltar and Greece next week.

The 26-year-old fractured his ankle back in June during a training exercise with his international squad and is yet to make an appearance for the Chelsea senior squad this season.

Despite missing out on his side’s opening two matches of the season and the Blues’ Community Shield loss, Hazard has featured for the development squad during his recovery.

This news comes just days after Kristof Terreur, a Belgian reporter for Het Laatste Nieuws, revealed that Hazard had taken part in a special friendly against QPR’s development squad.

His return to international football will delight fans as it confirms that he is fit enough to return to the pitch, and Chelsea have undoubtedly missed his attacking prowess over the past few weeks.

The Belgian helped drive the club towards their Premier League title last season after he scored 16 goals over 36 appearances in the competition.

Chelsea haven’t had the promising start they were hoping for during the current campaign after losing to Burnely 3-2 in the opening weekend of the top flight, but Antonio Conte’s side brought it back with a 2-1 win over Tottenham last weekend.

In other Chelsea news, the club are set to table a fresh offer for their top summer target after having a number of rejections from the Premier League club.