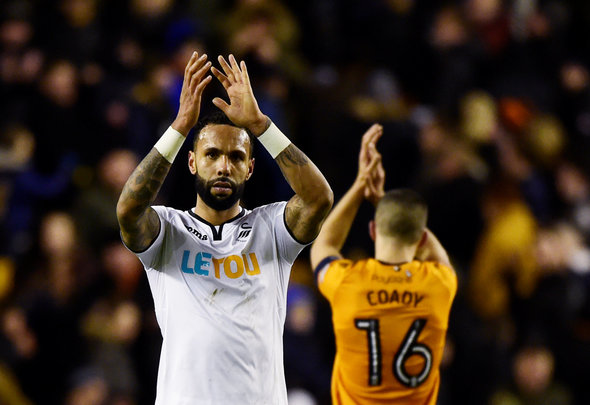 Rangers target Kyle Bartley has “indicated” to Swansea City that he wants to leave this summer, according to a reliable journalist, but Rangers could face a struggle in their pursuit of the defender with it reported that Leeds United are Bartley’s “first choice.”

Yorkshire Evening Post’s chief football writer Phil Hay has claimed the Welsh side are prepared to let the former Arsenal defender move on – with Rangers still “keen” to secure his signature.

Kyle Bartley latest – has indicated to Swansea that he wants to leave. Swansea prepared to sell at the right price. Leeds first choice for him. Rangers also keen. #lufc

Bartley spent time on loan at Ibrox earlier in his career and is believed to have been targeted as part of Steven Gerrard’s Ibrox revolution that has already seen Scott Arfield, Allan McGregor and Jamie Murphy complete moves to the Light Blues so far this summer.

Bartley would be a fantastic addition to the squad but it looks as though the Gers face a real fight to stop him from going to Elland Road. As someone who has helped the Gers secure a Scottish title before, Bartley knows exactly what is needed to be a success at Ibrox and bringing him back to the club would help shore up a defence which leaked far too many goals last season. With a number of defensive targets having been named already, missing out on Bartley wouldn’t be the end of the world for the Gers but is definitely someone that Gerrard and director of football Mark Allen should be trying to convince that his future lies at Ibrox. The lure of European football and the possibility to compete for trophies right away could help sway Bartley into choosing a move to Scotland over Yorkshire. If Bartley can’t be lured to Ibrox then hopefully the Gers already have alternative targets lined up.