Alex Bruce insists that PSG right-back Thomas Meunier would be a “great signing” for Tottenham on a free transfer this summer.

As reported in the print edition of L’Equipe and relayed by the Daily Mail, Mourinho has held talks over the phone with the 28-year-old in a bid to convince him to join Spurs this summer. 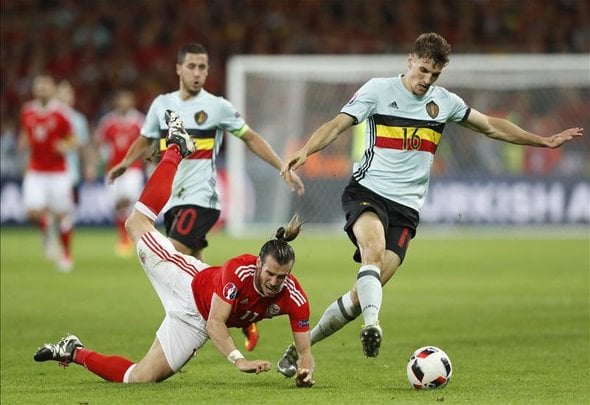 It is said that the Belgium international, who is out of contract at PSG this summer, was won over by his conversation with the Portuguese manager and that Tottenham are now front of the queue for his capture.

Bruce has criticised Spurs for their erratic form this season and suggests someone like Meunier could help bring some balance to Mourinho’s men.

Bruce told Football Insider: “They’ll be disappointed with the season they’ve had this year, especially with the heights they reached last year, reaching the Champions League final.

“Jose will be looking to improve the squad, add a bit of quality, a bit of experience and a bit of stability really. I think their form has been a bit up and down of late and they need to get a couple of players to get onto an even keel again.

“He’d be a great signing on a free transfer and I’m sure those are the kind of players they would want.”

Meunier has played 27 times across all competitions this season for PSG, scoring once and setting up a further two goals.

He has likely played his last game for the Ligue 1 giants after the French government banned all sporting events until September, resulting in the end of the league season.

In other Tottenham news, Daniel Levy has been dealt a “massive” blow after a “huge” official statement, according to Alan Hutton.