Alan Hutton insists that Aston Villa striker Borja Baston will not be offered a new contract to stay at the club before the summer transfer window.

The former Villa and Scotland star, speaking exclusively to Football Insider assistant editor Russell Edge, admits the Spanish forward has not played enough to warrant being kept on by manager Dean Smith.

The 27-year-old arrived at Villa Park on a free transfer on January’s deadline day but has struggled for game time.

Smith, who lost first-choice striker Wesley Moraes to injury late in 2019, has handed the Spaniard just 16 minutes of game time in two substitute appearances to date.

With a contract that is set to run out this summer, Hutton admits he cannot see the former Atletico Madrid man sticking around at Villa Park for much longer.

“I can’t see it, he’s only played 16 minutes which is not really enough, is it, to warrant a new deal or whatever,” Hutton told Football Insider.

“I heard reports that he’s been linked to teams in Spain. I think at the time Villa were in a position where they needed bodies in. Wesley was injured, Samatta was in the pipeline, they probably also needed cover for Keinan Davis.

“At the time they signed him until the summer which kind of tells you he was only kind a quick fix. It’s not really worked out, not really had the time to work so it doesn’t surprise me he’ll be moving on in the summer.” 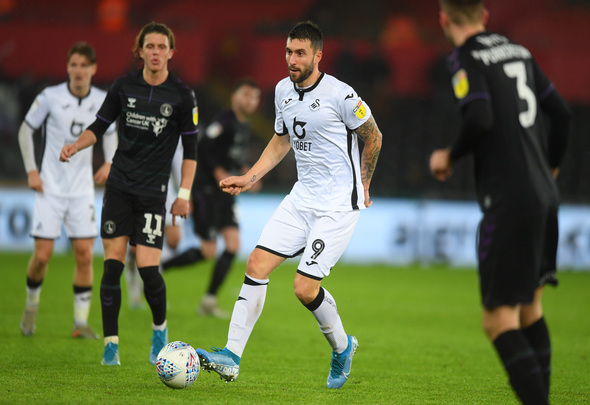 Baston had scored six goals in 20 Championship appearances for Swansea this season prior to his January move, the Swans allowing him to leave for nothing.

He has played for a host of clubs back in Spain and has scored 25 goals in 84 La Liga appearances.

In other Aston Villa news, West Ham have been tipped to launch a move for a Villa ace “on the fringe of moving”.