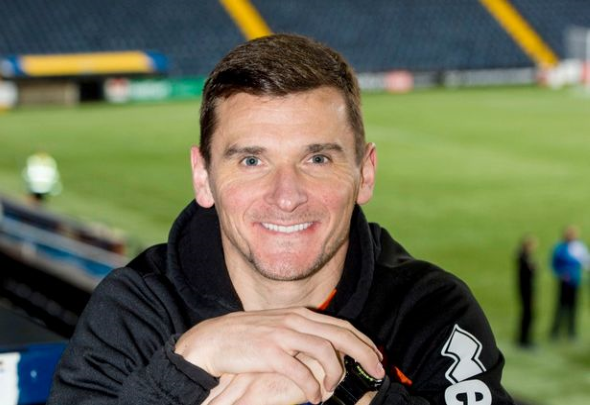 Former Rangers captain Lee McCulloch has claimed next week’s Old Firm Scottish Cup semi-final is “basically” the Gers’ final – and thinks there is a lot at stake for the Light Blues at Hampden.

Graeme Murty’s side travel to the national stadium hoping to beat their bitter rivals and take one step closer to their first major trophy in seven years after a disappointing season.

The Gers haven’t beaten Celtic since a penalty win at the same stage two years ago and McCulloch insists a win over the Hoops would be good mentally for the Ibrox giants.

“It shouldn’t come down to one or two games for Rangers but the semi-final is basically their final. There is a helluva lot at stake,” McCulloch said, as quoted by the Daily Record.

“Rangers have a chance and the players must believe they can win.

“If they do that they have a chance of silverware and finishing second. To be runners-up and win a trophy under Graeme Murty, that wouldn’t be a bad season, would it?

“The whole perception would change again. It would be good for Rangers to get a win over Celtic psychologically. But it would also be good for the club to get back to a final.”

Before they travel to Hampden, Murty’s side face Dundee in the Scottish Premiership in a must-win clash with Neil McCann’s side.

The Gers trail Aberdeen in second-place by three points and need a win to keep pace with the Dons ahead of the Scottish Premiership’s split after this round of fixtures.

The two sides will go head-to-head once more in the league as they battle to be best of the rest behind runaway leaders Celtic.

Winning the Scottish Cup would be a fantastic achievement for the Gers this season and would give fans something to smile about after seven years without a major trophy. Beating Celtic will prove a huge task for the Gers but could be the catalyst for a strong finish to the season by the Light Blues. Murty’s side will need to be at their very, very best and will be desperate to pick up a win over Dundee at Ibrox on Saturday to give them a little momentum after failing to win in any of their last three fixtures.