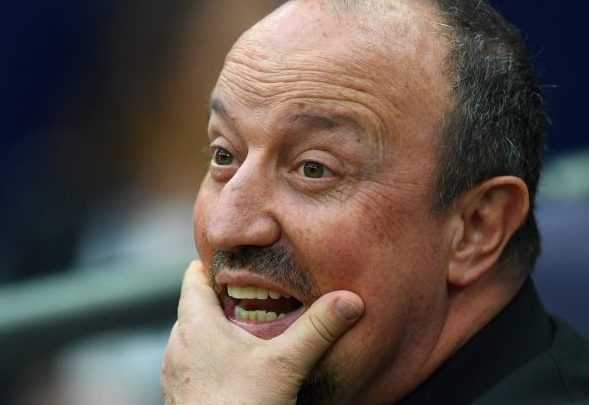 BBC pundit Noel Whelan has been blown away by the impact Salomon Rondon has made at Newcastle United this season, he has told Football Insider.

The former Leeds United, Coventry and Middlesbrough striker has claimed Rafael Benitez’s “gamble” of loaning out Dwight Gayle to West Brom and replacing him with Rondon has paid off handsomely.

Rondon has been instrumental in Newcastle avoiding a relegation dogfight and being placed in 14th in the Premier League – seven points clear of 18th place – with six matches of their campaign remaining.

The Venezuela international has scored 10 goals and supplied five assists from 27 Newcastle games, while Gayle has netted 17 times in 32 Albion matches.

“I thought West Brom had got the better of the deal when it happened,” Whelan exclusively told Football Insider. “Rafa Benitez saw something in Rondon and he has been totally vindicated.

“To allow a natural goalscorer like Gayle to go to West Brom was a gamble, and he has done exactly what I thought he would do – score goals in the Championship.

“The big surprise has been Rondon. He is a lot better than I expected. He holds the ball up so well, brings other into play and is a strong boy. His work ethic is fantastic and he never stops chasing.”

West Brom are expected to look to sell Rondon permanently once his current loan deal at St James’ Park comes to an end, regardless of whether they are back in the Premier League next season.

Widespread reports have stated that the Baggies value the 29-year-old at a higher price than Gayle and are not willing to yield on their £16million valuation.

“I wouldn’t have said this at the start of the season but Newcastle should try and sign him permanently and exercise the release clause. £16million is not a lot of money for a striker like him,” Whelan added.