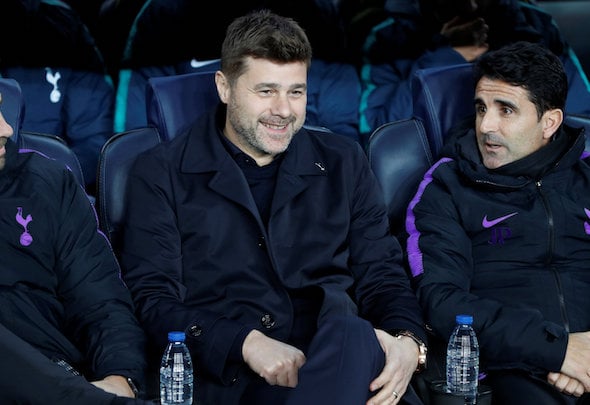 Speaking exclusively to Football Insider, the former Tottenham and England striker says that the 23-year-old has not shown his true potential for a number of months and suggests it is down to being moved into a variety of positions.

The former MK Dons starlet was played in an attacking midfield, a central midfield and a wide left role by Pochettino last season, injuries meaning it was a stop-start campaign for the England international.

Bent says that to get the best out of Alli, Pochettino has got to find his natural position and make sure he plays there consistently, suggesting that is a task easier said than done.

He told Football Insider: “I’m sure this season he’ll come back and hit the ground running because he’s a top player and top players do not lose it overnight. He’s got to learn from his experiences, because they need him back.

“First and foremost he needs to find a position for him because at the moment he’s a little bit all over the place. He’s played wide on the left, in that attacking midfield, then in a central midfield role. It’s tough, I like him when he plays that number 10.

“Pochettino’s got to figure that out. He is in a little bit of limbo because he’s not sure how to get the best out of him. You start looking at attacking options – Heung-min Son’s going to play, Lucas Moura’s going to play and Harry Kane’s going to play.”

Alli has been a mainstay for Spurs since joining from MK Dons, with 184 appearances for the north Londoners under his belt already.

Last season saw him feature 38 times across all competitions, scoring seven goals and chipping in with eight assists as he suffered a number of injury niggles throughout the campaign.

In other Tottenham news, Darren Bent has told Football Insider that a wantaway Spurs star could be replaced by a Leeds fan favourite.