Speaking exclusively to Football Insider assistant editor Russell Edge, the former Rangers and Scotland boss revealed he is a big admirer of the 24-year-old winger and loves watching him play.

Traore is in advanced talks with Wolves over a new, four-year contract after reaching agreement in principle on a deal worth £100,000-a-week, around £21million in total.

This comes as the Midlands club look to tie down their prize asset amid interest from football’s elite.

As revealed by Football Insider, Liverpool shortlisted Traore as a potential replacement for Mohamed Salah or Sadio Mane after his astonishing development last season.

The attacker has added end product and greater potency to his explosive speed and remarkable power to provide Wolves with a real cutting edge on the right flank.

Asked by Football Insider how he views Traore amid new contract talks, McLeish said: “He has been thrilling to watch, like Saint-Maximin at Newcastle. They remind me a lot of each other.

“Traore was kind of seen as a guy who ran and ran but had no brains but look at the
transformation of that guy.

“He is an absolute machine and everybody wants him now, all the big clubs. Barcelona
obviously had him so obviously that potential was there, and now he is producing it.”

Traore has three years remaining on the contract he signed when joining from Middlesbrough in the summer of 2018 for a then club-record fee of £18million.

He has made 97 appearances for Wolves, scoring seven goals and supplying 15 assists.

In other news, a Wolves release clause is suggested by pundit as deal all but done. 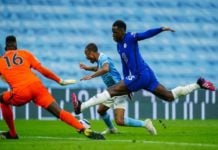 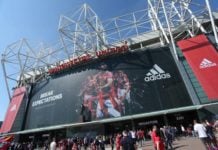