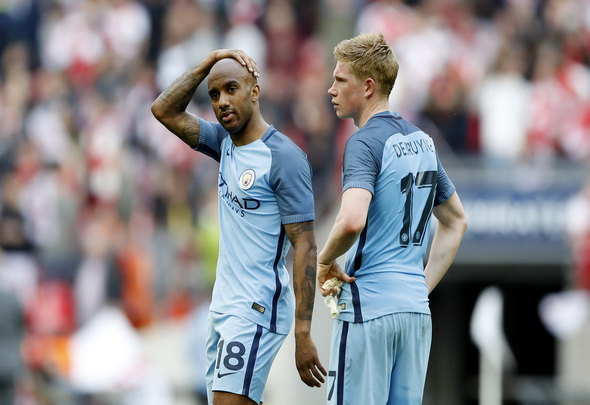 Danny Mills has claimed there is “no chance” Leeds United will sign Fabian Delph this summer and he’s “more likely to join Wolves”.

Speaking exclusively to Football Insider, the ex-England international claimed there will be little foundation to Leeds links about re-signing their academy product.

The Sun reported that United have “showed an initial interest” in capturing the 29-year-old as the likelihood grows he will quit Manchester City this summer with a year remaining on his contract.

It is said City have placed a £15million on the England international, who has a contract worth £80,000-a-week that ends in the summer of 2020.

“There is no chance Leeds will pay £15million and £80,000-a-week,” Mills told Football Insider. “He obviously comes from Leeds and he played and learned his trade there.

“This will just be his agents trying to drum up interest in their player and get a market going. There is no way he will come back to Leeds, unless Man City pay nearly all of his wages and waive the transfer fee.

“I can see him leaving Man City, but he is more likely to join Wolves. Or a mid-table Premier League club like Watford or Leicester or Southampton.

“He will not be short of offers. He is a very good player. Of course, he will struggle to be a Man City regular because they have exceptional players in their squad. He is 29 and will want to play football.”

Delph broke into the Leeds senior team in his teens and made 58 appearances before quitting for Aston Villa, where he established himself in the Premier League and went on to become club captain.

The 18-times England international has spent the last four seasons at City after joining for £8million in 2015 and has been a key squad player rather than a mainline starter.