Liverpool could have to pay up to £45million to prise Dayot Upamecano away from RB Leipzig, according to Paul Robinson.

Speaking exclusively to Football Insider correspondent Dylan Childs, the former England goalkeeper claimed the German club will add an extra £10million or £15million to their asking price because of Liverpool’s situation.

The Premier League champions confirmed on Sunday that Virgil van Dijk will require surgery on a knee injury he sustained after a challenge from Jordan Pickford in the Merseyside derby.

The club did not say how long he will be out for but it is expected that he could miss the whole season.

It leaves Jurgen Klopp with just Joe Gomez and Joel Matip as his two senior centre-back options with midfielder Fabinho another option.

German outlet Sport Bild reported earlier this month that Liverpool were among a number of English clubs ready to swoop for Upamecano, 21.

Football Insider revealed that Brighton defender Ben White is also on the six-time European Champions radar but Robinson believes a move for Upamecano is a better option.

He told Football Insider: “Upamecano at Leipzig is a top centre-half. I’ve seen him before a couple of times.

“Ben White, yes, I have admiration for him and what he achieved and did at Leeds but having just signed a new contract at Brighton he’s committed his future there.

“Given the current situation Liverpool are in they would have to massively overpay to get him out and I don’t think you’d get value for money.

“Saying that given Liverpool’s defence now whoever Liverpool goes and knock on the door of and ask for it’s going to be an extra £15million or £20million, because they know the situation Liverpool are in. 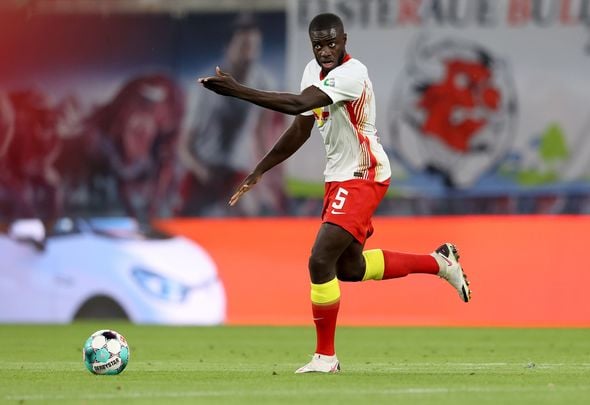 “If they go for Upamecano if he was worth £25million, £30million because of Liverpool’s situation he now becomes a £40million, £45million player.

In other news, Noel Whelan has been left bouncing by a Liverpool injury update.