Roberto Jimenez has “played his last West Ham game” after becoming a “liability” ahead of January.

That is according to radio pundit and ex-Leeds United striker Noel Whelan, speaking exclusively to Football Insider about the Spanish goalkeeper.

As reported by Football Insider, the Hammers have set their sights on a new English keeper proven in the Premier League to compete with Lukasz Fabianski and freshly-promoted understudy David Martin.

Manuel Pellegrini has given the go-ahead for West Ham to listen to offers for Jimenez in the winter window, just six months after his arrival from Spain on a free transfer.

“Roberto is an absolute liability,” Whelan told Football Insider. “I’m afraid to say that, at Premier League level, he is awful in goal.

“He’s played his last West Ham game if they’re bringing in a new keeper in January. They’ll definitely get rid if they can find a buyer, which may be easier said than done.

“Lukasz Fabianski is on his way back and David Martin looks like he will be in goal until he’s back now, after what happened at the weekend.” 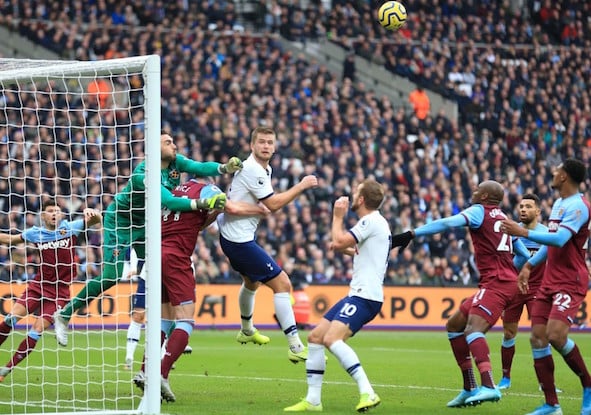 Martin was handed his West Ham debut on Saturday and responded with a solid display in a memorable 1-0 win at Chelsea that left him in tears afterwards.

He is set to remain between the sticks for tomorrow night’s Premier League trip to face Wolves at Molineux.