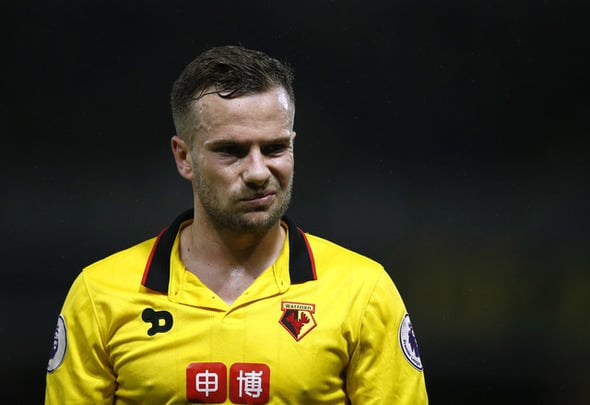 Tom Cleverley believes that his switch from Everton to Watford will work out good for all parties after enduring a frustrating half-season under Ronald Koeman.

The 27-year-old had spent the second half of the campign on loan with Watford and agreed terms to a permanent deal there in March, which was finalised on Saturday as the transfer window opened.

He made just 42 appearances across all competitions for the Merseysiders since transferring from Manchester United in 2015, scoring two goals and supplying seven assists.

The 13-times England international’s playing time was severely decreased when Koeman took charge at Goodison Park last summer as he started just once in the nine league games leading up to his exit.

Cleverley’s recent loan move to Watford proved a success though, and he is understandably looking forward to life at Vicarage Road.

“I spoke to the manager [Ronald Koeman] at the start of January and basically said I’m not the most patient of footballers and I felt like it was good for everyone for me to move on,” he said to Everton’s official club website.

“Watford and a couple of other clubs were interested but I was really keen on the Watford move and thankfully it’s turned out well. I’m enjoying myself at Vicarage Road and hopefully I can kick on now.”

Last season wasn’t the first time Cleverley had turned out for Watford, as he was sent to play for the Hornets in 2009 during his development with Man United.

Across all spells with the Hertfordshire club, he has made a total of 52 appearances and scored 11 goals.

However he will not go to Vicarage Road to work with the man who bought him there, Walter Mazzarri, as ex-Hull boss Marco Silva is now in charge of the team.

In other Everton news, the Merseysiders are set to make a profit on this 40,000-a-week outcast.