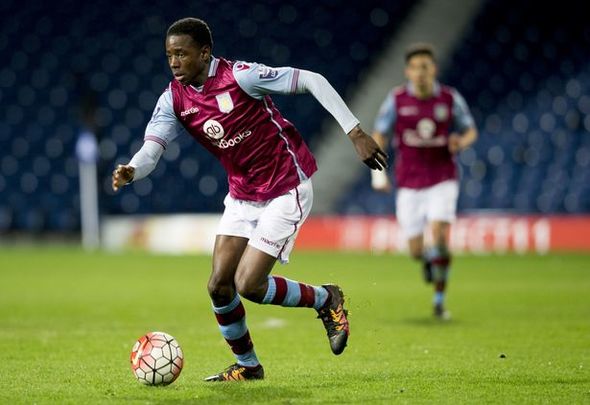 Premier League side Everton sent scouts to attend the Aston Villa v Burton Albion match on Tuesday evening, according to a recent report.

The Mirror has revealed that a host of scouts from clubs such as Arsenal and Manchester United all watched Steve Bruce’s side demolish Burton 4-0 in their mid-week Championship clash.

The newspaper published a list of scouts and their respective clubs on their website following the Villa victory and suggested that one particular goalscorer would’ve caught their eye.

Albert Adomah, West Ham loanee Robert Snodgrass and Josh Onomah all made the scoresheet, but it’s likely that Keinan Davis’ opening goal would have impressed the scouts the most. It is said that a number of clubs on the scouting list also had young starlet, Davis, on their radar.

The England Under-20s striker, who is just 19-years-old, scored his second Championship goal during the clash in his seventh start in the competition.

Villa boss Steve Bruce, who selected the starlet ahead of £12million Republic of Ireland forward Scott Hogan, described Davis post-match as a “typical No.9” and the team’s “focal point”.

He also tipped the youngster for a “wonderful” future as he pledged to keep the his feet on the ground amid growing interest and acclaim.

Everton are in need of some attacking prowess and goal scoring ability after failing to fill the void which Romelu Lukaku left after he moved to Manchester United over the summer.

It’s most likely that Everton will have kept a beady eye on the teenage sensation as he could provide them with the long-term solution they so desperately need. Sandro Ramirez simply didn’t live up to expectations and still hasn’t scored for the Toffees so far this season. Davis looks eager to learn and play regular first-team football and Ronald Koeman could definite offer him that. The only issue is that Koeman will want to bring Davis to Goodison Park in January, but it’s unlikely that Steve Bruce will let him go part way through the season as Villa push for promotion to the top flight.

In other Everton news, Michael Ball has revealed that this Toffees player reminds him of a five-time Premier Title title champion.