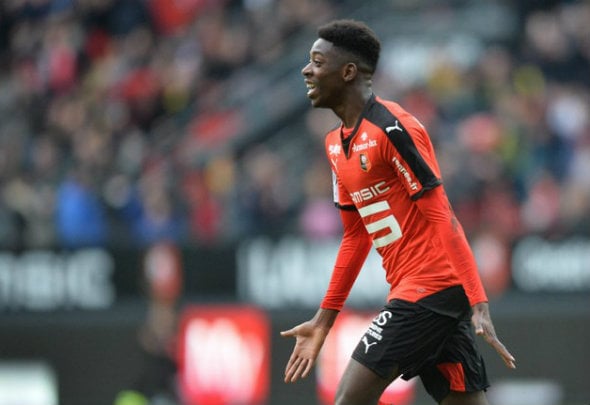 Tottenham missed out on signing French sensation Ousmane Dembele for a cut-price fee last year because they insisted he must first join on a week-long trial – and pay his own expenses.

A Spurs source has told Football Insider that the £10million-rated Rennes wonderkid could have joined the north Londoners for a tenth of that valuation nine months ago.

He has subsequently made the breakthrough in Ligue 1 and is now being eyed by a number of leading European clubs, including Juventus and Bayern Munich as well as several Premier League big hitters.

Dembele, 18, has scored 12 goals and supplied five assists in 20 French division appearances since breaking into the first team this season and has made such an impact that he has been dubbed ‘the next Cristiano Ronaldo’.

Tottenham have frequently scouted the teenager this season and are in the mix to sign him in the summer but they have growing reason to feel aggrieved at not striking a deal last summer.

According to a well-placed source, the Londoners were in advanced talks with Rennes about £1million deal for Dembele and asked the player to travel to the capital at his own expense for a one-week deal.

The terms were deemed unacceptable to both the striker and the French club and the move fell through.

In other Tottenham transfer news, the club are eyeing two more Belgian stars as they make plans that could increase their Belgium quote to six next season.