The Championship club’s manager Danny Cowley is determined to bolster his side’ defensive options in the transfer market and has targeted a move for the experienced 32-year-old.

A Huddersfield source has told Football Insider that the club are hoping to take advantage of Stearman’s fringe status at Bramall Lane and the upcoming expiry of his contract. 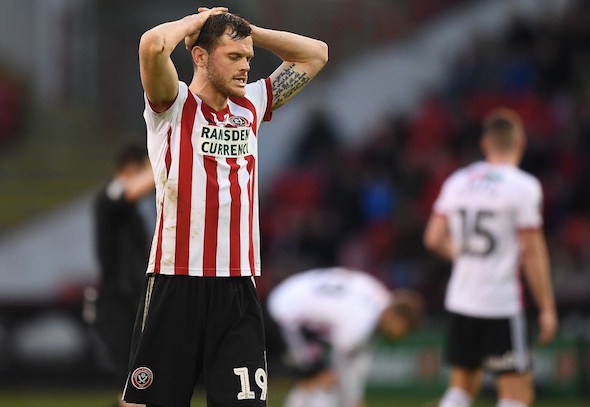 The former Wolves and Leicester City centre-back is out of contract at Bramall Lane this summer and Blades boss Chris Wilder is willing to let him move on.

Stearman has been unable to force his way into Chris Wilder’s side this season as they ride high in the Premier League.

He has not featured at all in the top flight in the club’s impressive return to the top flight, with his only two appearances coming in the Carabao Cup.

Stearman has extensive experience in the Championship as well as the Premier League, with 317 of his career appearances coming in the England second tier.

The Terriers are languishing in 20th spot in the Championship table, five points above the relegation zone and Cowley knows he needs to strengthen his squad if they are to secure survival.

The recently-appointed manager regards Stearman’s experience as a potentially valuable addition to his squad.

Huddersfield have conceded 42 goals in 26 Championship games so far this season.

In other Sheffield United news, we REVEAL Chris Wilder’s stance on offloading Luke Freeman this month amid Leeds United pursuit.