Alex Bruce believes it would be difficult for Leeds United midfielder Kalvin Phillips not to have his head turned by interest from Liverpool this summer.

The former Leeds and Hull defender, speaking exclusively to Football Insider assistant editor Russell Edge, insists it would be a tough task to prise the 24-year-old with “huge potential” from Elland Road but that a move to Anfield would be tempting.

Bleacher Report journalist Dean Jones claims the Reds are considering a move for Phillips this summer as Jurgen Klopp looks to bolster his squad with another midfielder. 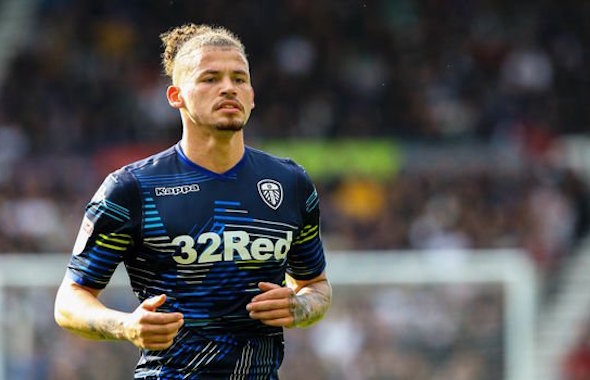 Having established himself as one of Leeds’ top stars, Bruce believes he would have no trouble making his mark at Liverpool were they to secure his services.

Asked if Phillips would fit in at Anfield, Bruce told Football Insider: “I think there’s no reason why he wouldn’t, why doesn’t everybody deserve the opportunity?

“He’s got great potential, he’s an excellent player, I think he would take some prising away from Leeds because Leeds in the Premier League, he’s a Leeds lad, everybody can see he’s got a huge, huge rapport with the supporters.

“However, when a club like Liverpool comes in, if they are in for him, then obviously that would turn anyone’s head. I don’t see any reason why that would be nonsense because he’s a very good player, he’s young, the right age and has got huge potential.”

A boyhood Leeds fan, Phillips has played 175 times for the club since breaking through their youth ranks.

This season has seen him turn out 34 times across all competitions, injury and suspension curtailing his playing time in 2020.

In other Leeds United news, Noel Whelan says that “fans are overjoyed” with a major Elland Road development.