Ross Barkley needs to make sure he does not overstep the mark when venting his frustration at Aston Villa.

The former Villa and Scotland defender, speaking exclusively to Football Insider, admitted he understands the Chelsea loanee wants to play as much as possible but insisted he needs to remain professional for his own good.

The 27-year-old was subbed off with 12 minutes left to play against Arsenal on Saturday and was filmed kicking a water bottle in frustrating as he walked back to the bench.

"That is not going to help him!"

Ross Barkley was not happy at being substituted, Andy Gray is not happy either!#AVLARS #beINPL

Barkley has had a stop-start season at Villa as a result of a hamstring injury which sidelined him for seven league games between November and January.

Hutton admitted he was happy to see the midfielder showing his passion but insisted there was a fine line he was getting close to crossing.

Asked what he made of Barkley’s show of frustration, Hutton told Football Insider assistant editor Russell Edge: “I understand he’s frustrated, he had a great start to the campaign and then he picked up the hamstring injury.

“Sometimes it takes time to get back into it. Obviously, Dean Smith has stood by him and played him but sometimes when you play that number 10 position, if it’s not going your way or you need a little bit of extra legs in there, it’s a position that normally can get changed around a little bit.

“Dean Smith is also probably a little bit wary he has just come back from a hamstring injury, you don’t want to be playing every minute of every game so he’s probably looking after him. 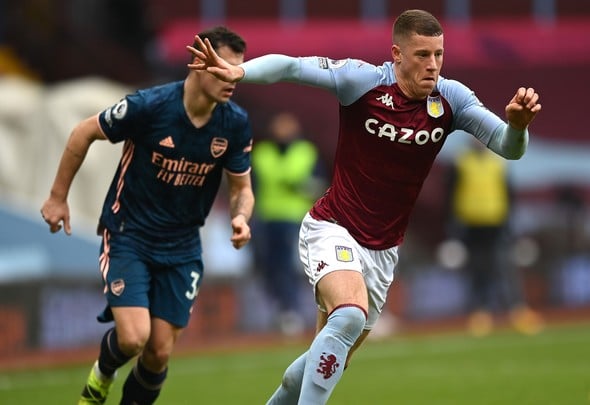 “It’s good to see that he’s annoyed about coming off, he obviously wants to give his all for Villa, but you just have to be careful you don’t go too far, step over the line a little bit.

“I understand that there’s obviously pressure on Barkley as well, he wants to try and get in the thoughts of Gareth Southgate and he wants to give his best so I do get it but there’s a fine line I think.”

In other news, Gabby Agbonlahor believes Aston Villa 27-year-old will definitely be dropped against Brighton.