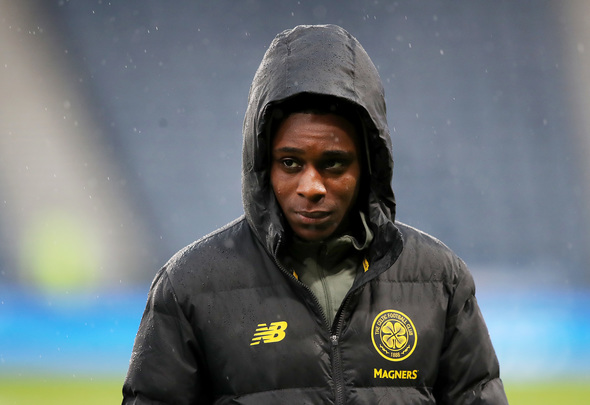 The former Scotland defender, speaking exclusively to Football Insider, suggested the 20-year-old was exactly the sort of player the Bhoys will be looking for this summer.

As revealed by Football Insider, Celtic are in talks with Manchester City’s football partnership manager about becoming the new director of football at Parkhead.

The 44-year-old could be one of several senior appointments from the Premier League giants in a major shakeup of the recruitment team in Glasgow.

The likes of Frimpong and Olivier Ntcham joined the Hoops permanently from City, while Daniel Arzani and Patrick Roberts arrived on loan.

Frimpong, who arrived at Celtic in 2019, left for Bayer Leverkusen during the January transfer window.

Hutton told Football Insider’s Russell Edge: “Look at Frimpong for a start. He came from Man City, did he not? There’s the proof there.

“That’s basically what Celtic will be looking for, to get these gems from down south or abroad. Obviously, Fergal has done that, where he’s at. He’ll know that youth side (of things).

“He’ll know who the up and coming talent is. Who they can rely on, who can deal with the pressures of playing for Celtic.

“Young, hungry talent that want to come and prove a point, prove themselves.

“I believe that they’re in a situation where they’re rebuilding a squad. To have somebody with that knowledge of young, hungry talent is only going to benefit Celtic.”

In other news, Hutton claims Roy Keane would lose the Celtic dressing room after what he saw at Aston Villa.