Rangers have made a “good decision” splashing out to sign Scott Wright from Aberdeen during the January window, according to Alan Hutton.

The former Gers defender and lifelong fan at Ibrox, speaking exclusively to Football Insider, believes the decision will benefit the Light Blues not only this season but heading into next year’s campaign as well.

As reported by STV’s Raman Bhardwaj, the Light Blues spent £150,000 to sign the 23-year-old from Aberdeen on deadline day after previously agreeing a pre-contract deal with the versatile forward.

Rangers paying Aberdeen 150K to get Scott Wright now. Wright had already agreed pre contract with Rangers. Understand he’s set sign a 4 and a half year deal with Rangers tonight.

He was left as an unused substitute for his first game at Ibrox as Ianis Hagi netted the winner against St Johnstone.

Hutton believes the former Dons man will have his part to play this season but suggested the move would also help Wright get settled in at Ibrox for next term.

Asked what he made of the Gers’ decision to bring forward the Wright deal at the apparent £150,000 cost, Hutton told Football Insider assistant editor Russell Edge:

“He’s another option, I think the way the Rangers are playing at the moment, they’ve got the main focal striker in Morelos or Roofe or whoever and then two numbers 10s in behind him.

“I actually like what they’re doing at the moment, even though they’re so far ahead in the league, they’re not resting on their laurels or anything, they’re still looking to the future and bringing in talent.

“If they come in and hit the ground running now, they’ll be ready for next season so I think it’s a good decision.” 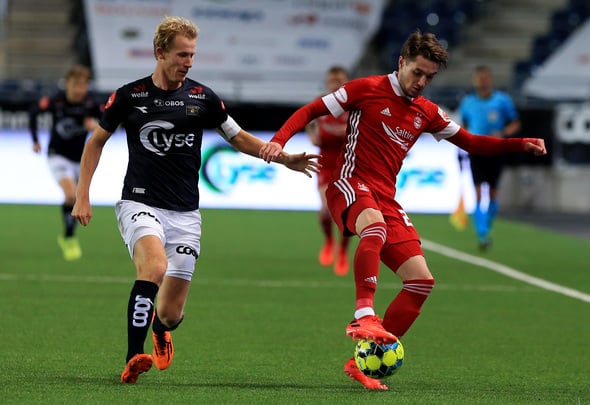 Wright played 20 times, scored two goals and chipped in with five assists across all competitions during the first half of the campaign.

He suffered a cruciate ligament injury in September 2019 which ruled him out for most of last season, while a hernia problem sidelined the forward over November and December this term.

In other news, Michael Beale could be crucial in bringing a former Rangers star back to Ibrox, according to Danny Mills.