Alan Hutton has claimed that Rangers winger Brandon Barker will be “unstoppable” if he can improve his final product on the pitch.

Speaking exclusively to Football Insider assistant editor Russell Edge, the former Ibrox defender praised the wide man for his impressive pace, but suggested that he needed to add more quality in dangerous areas.

The 23-year-old has featured in four of the Gers’ opening six Scottish Premiership games this season, but has yet to register a single goal or assist. 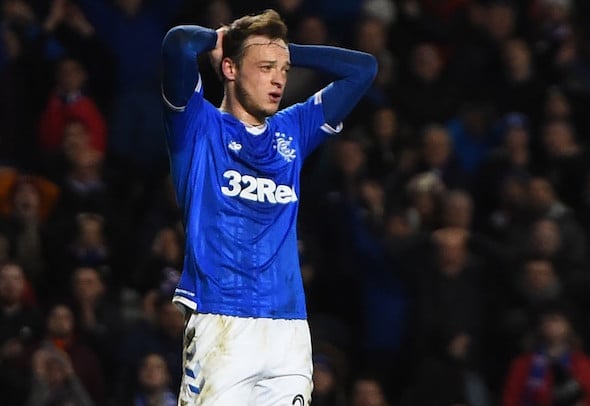 And Hutton believes that he would be well-advised to try and mimic the composure of Ibrox teammate Ryan Kent when he does find himself in advanced areas of the pitch.

Speaking to Football Insider, he said: “Sometimes with quick players, they get into great positions because of their pace, but it’s then about taking control.

“Slow it down. See Kent, he’s got good pace but he’s also got good feet – he knows when to slow down, cut inside, put in a nice ball.

“When he gets that he will be unstoppable on either wing. As a full-back, it’s the worst thing, someone who’s got good feet and good pace.”

Barker struggled for game time in Glasgow last season, and was limited to just 13 outings in all competitions, scoring one goal in a 3-1 over Livingston.

The winger arrived at Ibrox from Manchester City last summer after previously heading out for loan spells with Rotherham United, Hibernian, and Preston North End.

In other Rangers news, Alan Hutton has told a defender to join a new club for next season as Ibrox terms agreed.