Alan Hutton has suggested Jose Mourinho has thrown his Tottenham players under the bus for their “nightmare” run.

Speaking exclusively to Football Insider, the ex-Spurs star admitted it was alarming to hear the Portuguese boss vehemently defend his and his coaching staff’s approach earlier this week despite winning just two of their last eight games across all competitions.

Speaking to Sky Sports after Tottenham’s 2-1 defeat to West Ham, Mourinho insisted his methods are “second to nobody in the world.”

Defeat to the Hammers has left Spurs sitting ninth in the Premier League table, level on points with an Aston Villa side who scraped their way to survival last season.

Hutton admitted the Lilywhites had been “shocking” in recent weeks and suggested Mourinho had blamed his players by defending the coaching methods in north London.

“When you go back, I go back to the Chelsea game when it was a shocker and they tried to play better in the weeks after that. When they were a little bit more open, they get beat 5-4 (v Everton) and then they just revert back to what they know best.

“The worrying thing for me is reading what Mourinho has to say, it’s all about: ‘Well, me and my coaches are second to none,’ which leads me to think well is he blaming the players? Are the players not good enough, are they not giving their all? 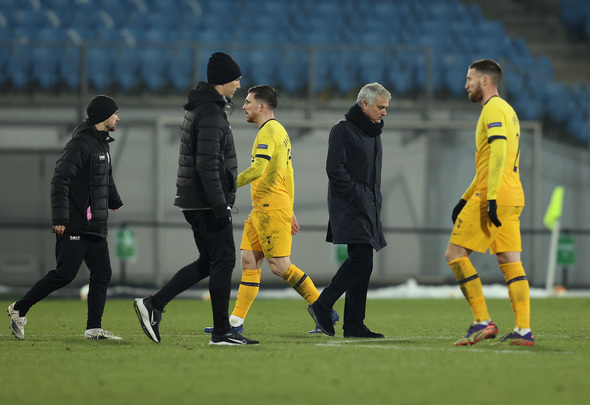 “It looks like he’s throwing some of them under the bus”.

Spurs have only beaten West Brom in their last six league games, while they were also knocked out of the FA Cup by Premier League rivals Everton.

In other news, Danny Mills has predicted when Tottenham will sack Mourinho.