Alan Hutton has suggested Allan McGregor could play on past the end of next season after speaking to him about his new Rangers contract.

The former Gers defender and best friend of the shot-stopper, speaking exclusively to Football Insider, revealed what the shot-stopper told him after the news was announced.

Rangers confirmed last week the 39-year-old had signed a new deal keeping him tied down until next summer.

The Scottish player of the year contender has played a crucial role in the Gers’ title-winning season, with just eight goals conceded in 24 Premiership appearances.

He also dazzled on the European stage to help Rangers reach the last-16 of the Europa League.

Hutton insisted McGregor was well deserving of a new deal.

He also suggested the keeper could play on past the end of his new terms.

Hutton told Football Insider assistant editor Russell Edge: “It was funny because I spoke to him and he said maybe you’ll stop going on about it now.

“Obviously, everything that I’ve spoken about, whether it’s Rangers or whatever, it’s his name that’s come up. It’s thoroughly deserved, he’s been outstanding and showing no signs of letting up.

“He’s playing at a high level so hopefully he can play on for a year after that. Maybe we’ll start talking about that. There’s an opportunity to get Champions League football. Next season, we know how big it is with the coefficient. 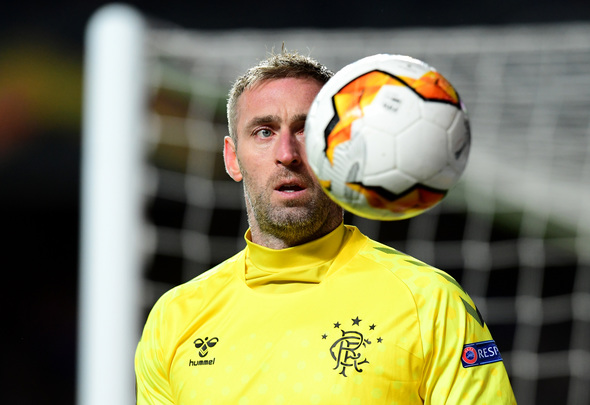 “Rangers or Celtic, whoever wins that year, could possibly go straight into the Champions League. There’s a lot of factors within next season.

“We’ll see how it plays out but I think if he continues the form that he’s in at the moment, I don’t see why you’d want to stop.”