Emiliano Martinez has been a fantastic addition both on and off the pitch at Aston Villa, according to Alan Hutton.

The former Holte End favourite, speaking exclusively to Football Insider, believes the summer arrival is the “perfect blend” of character after speaking to his old teammates about the shot-stopper.

Having joined from Arsenal last year, the 28-year-old has firmly established himself as Dean Smith’s first-choice goalkeeper, with 20 league appearances under his belt for the Villans.

He has played a key role in Villa’s success this term with 10 clean sheets under his belt already.

However, Hutton has revealed the Argentinian shot-stopper is making a big influence behind closed doors as well as out on the pitch.

Hutton told Football Insider assistant Russell Edge: “Obviously I speak to the players and they say he’s very good in the team, he’s good to be around and things like that.

“From what I can tell, he’s just a very good personality, he likes a laugh and a joke and he doesn’t take himself too seriously but when it comes to time to work, he works and he works hard.

“I think that’s the perfect blend, he gets on with everybody. It’s not a case of: ‘Oh, I’ll go speak to my foreign teammates or whatever,’ he spends time with the whole group. 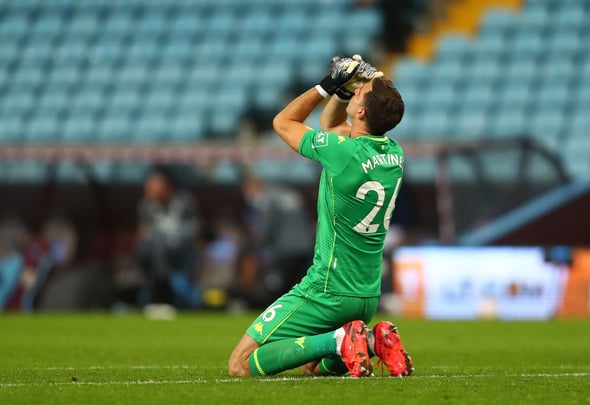 “He’s kind of a free spirit if you want, he goes round and laughs and jokes with everybody. They’re the type of boys that you need in your squad.

“That’s what it pulls you forward in the difficult times so as far as I’m aware, he’s a great character within the squad.”

In other news, Gabby Agbonlahor has tipped a new contract for the “perfect” Aston Villa player.