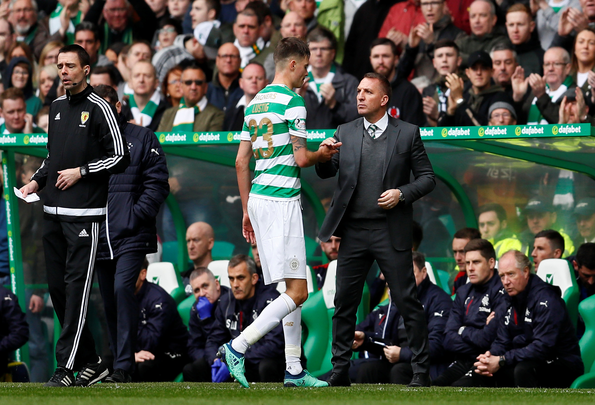 Celtic right-back Mikael Lustig has sensationally revealed that if it was up to him he would spend the rest of his career with the Hoops.

The 31-year-old, who has been with the Hoops since 2012, has won a host of trophies with the Bhoys and would like to win a few more before he retires.

“I don’t ever want to leave Celtic” he said, as quoted by the Evening Times.

“If I had my way, I would finish my career at the club and then move back home. Celtic is a special club and it has given me so many memories already. I would like some more.

“There are a lot of things I still want to achieve in football and I want to do them with Celtic.”

Lustig made 47 appearances for the Hoops last season, helping them to win another domestic treble, as Lustig took the number of trophies he has won for the Bhoys to 13.

Lustig only has a year left on his contract, so it will be interesting to see if Brendan Rodgers grants him his wish of ending his career with the Hoops. At only 31-years-old, he still should have a few more seasons of football left in him. However, the Bhoys should be looking to replace him in the long-run. Whether that replacement is Anthony Ralston or a new signing, only time will tell. But with Lustig playing in the World Cup this summer, he will have been playing football non-stop over the last year, and that is bound to catch up with him eventually. Despite some poor performances at times last season, Lustig was good enough to keep his place in the first-team for most of last year, but there is a danger that age is starting to catch-up with him. If he is to get a new deal with the Hoops, it should only be a one year contract extension, as he enters into the home straights of his career.

In other Celtic news, Chris Sutton has slaughtered a Hoops player