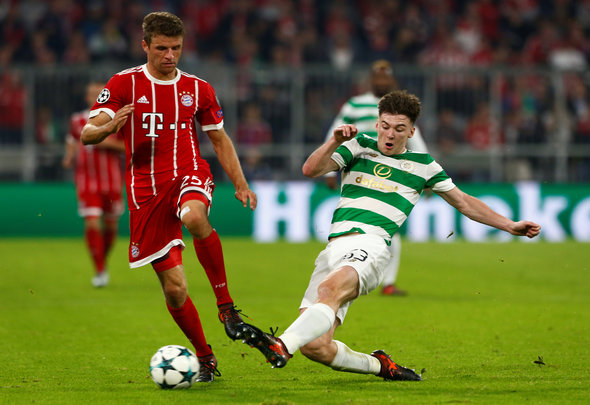 Celtic star Kieran Tierney has revealed that he kept news that he was going to captain Scotland a secret – just in case something changed at the last minute.

The 20-year-old became the second-youngest player this century to captain the Scots but admitted he didn’t even share the news with his friends and family.

Scotland fell to a 1-0 defeat against The Netherlands but Tierney impressed in central defence for Malky Mackay’s side.

With regular captain Scott Brown injured, Mackay gave the armband to the Hoops defender and wasn’t let down as Tierney put in a solid performance against the Dutch.

“It’s a huge honour to represent my country and play for Celtic at the age of 20,” Tierney said after the match, as quoted by the Scottish Sun.

“And now to have captained Scotland is just amazing.

“I had an idea at the start of the week that I would be captain.

“But the manager confirmed it today — and I was delighted.

“I was buzzing that he had the faith in me.

“But I kept it to myself because I don’t like telling people in case something changes at the last minute!”

The game against the Dutch was only Tierney’s ninth cap and being given the captaincy was a huge show of faith in the defender.

Tierney has been a stand-out for Celtic over the last 18 months and has been an integral part of the side as they have gone on a record-breaking 63-game unbeaten domestic run.

The Celtic defender has also been given the responsibility of captaining Celtic on a handful of occassions as managers continue to show faith in the hugely-talented 20-year-old.

Tierney will return to his club to prepare for their first game after the international break against Ross County in Dingwall on November 18th. 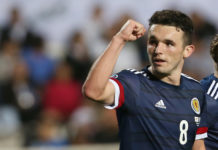