Alex Bruce has claimed that his dad would “love” to have Aston Villa midfielder John McGinn at Newcastle United next season.

Speaking exclusively to Football Insider, the former Hull City defender – son of Toon boss Steve Bruce – hailed the 25-year-old for the impact he has had at Villa Park since arriving in English football.

It was Steve Bruce who signed the Scot for Villa from Hibernian during his spell with the midlands club. 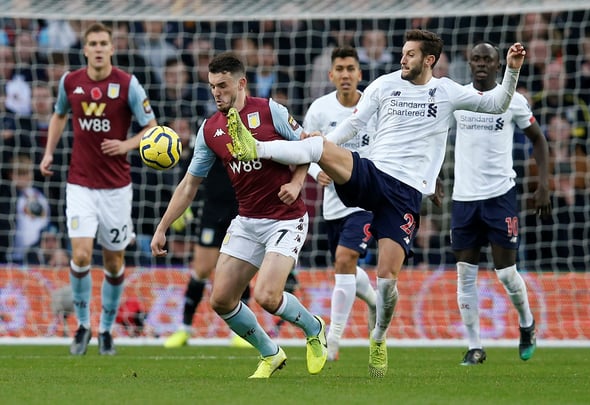 A report from the Daily Star claims that the Magpies are keen on making a £30 million move for the player this summer.

And Bruce believes that his dad would be very eager to secure a reunion with the midfielder.

Speaking to Football Insider, he said: “He’d be a great signing, and I think he’d be somebody my Dad would love to have in his ranks.

“However, I think a lot depends on Aston Villa, whether they get relegated, whether they stay up – it all depends on their status next season. I’m sure there’ll be a number of clubs interested in him.

“But I know Dad likes him. The proof is in the pudding, isn’t it? He signed him from Hibs and he’s proved to be a really good signing.”

McGinn enjoyed an impressive start to life in the Premier League this season, scoring three goals and assisting two more from the centre of midfield over the course of 18 outings.

He has, however, been sidelined since December with a severe ankle injury, and has not featured for the Villans since the 3-1 defeat to Southampton just before Christmas.