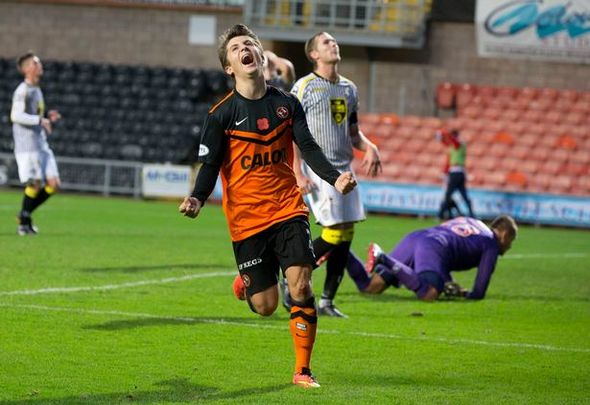 Young Almere City midfielder Charlie Telfer has hit out at Rangers for promising him opportunities, without actually given them to him.

However, that appearance proved to be his one and only outing for the Gers’ first team before he transferred to Dundee United in 2014 before joining Almere in the Dutch second division earlier in the summer.

Now, three years after leaving Rangers Telfer has told that the Glasgow giants made false promises to him and while he was bitter at the time, he now understands why the club made the decisions that they did.

“Obviously if I’d stayed at Rangers you never know what might have happened. I could have broken into the first team by now but that would have depended on being given the chance to play,” told Telfer, as quoted by the Daily Record.

“I was promised opportunities but never got them. I played with the Under-20s and trained with the first team and really tried my hardest.

“Once the league title was wrapped up I was told I’d get opportunities with the first team but it didn’t work out that way.

“A lot of other young players with the Under-20s at that time might also have been given the chance and might even still be playing for the team today.

“But I completely accept there was pressure on all levels at the club to get back as quickly as possible to where it needed to be. Maybe I was a little bitter about it at the time but I understand it now.”

Rangers have had a very produtcive academy in recent history bringing through the likes of Charlie Adam, Alan Hutton, Chris Burke and Barrie McKay.

However, unfortunately for Telfer he like many others have struggled to break into such a prestigious club and he will now look to kick start his career in Holland.