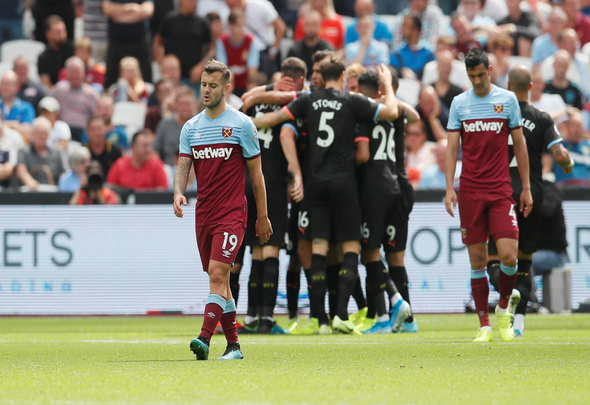 Darren Bent has backed Jack Wilshere to bounce back from his injury problems at West Ham after a torrid first season at the London Stadium.

Speaking exclusively to Football Insider, the former Aston Villa and England striker says that the former Arsenal man would be an established England international if he had not been beset by problems throughout his career.

Bent says that the 27-year-old has the attributes to be an international quality midfielder and that he can bounce back for the Hammers if he can remain fit.

Bent told Football Insider: “I’ve got the utmost confidence in Jack, I’ve known Jack for a long time now and I believe if he hadn’t had injuries he’d be an England regular right now.

“He’s a midfielder that can get on the ball, go past people, he’s got that change of pace where he’s not electric fast but he’s got that speed to get away from people. He’s strong, got that low centre of gravity.

“The only thing that’s hindered him is injuries. His performances, ability on the ball and technique, it’s perfect. I rate him so highly if he can stay fit.”

Wilshere managed to play less than an hour in the club’s opening match against Manchester City, while he started once again in Saturday’s clash against Brighton.

He has 34 caps under his belt for England, although the last of those came back in the Euro 2016 defeat to Iceland.

In other West Ham news, Danny Mills has told Football Insider that one Irons midfielder could be “outstanding” in a different role.