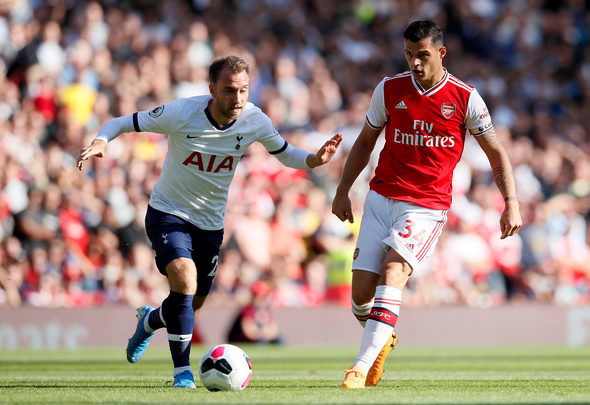 Darren Bent says that Arsenal midfielder Granit Xhaka should be embarrassed with his performance in the 1-0 defeat to Sheffield United.

The former Tottenham and England striker, who is a boyhood Arsenal fan, says that the Swiss international showed no character or leadership qualities despite wearing the captain’s armband under Unai Emery.

Xhaka played just under 70 minutes against the Blades but was unable to stop the newly-promoted side from picking up a shock win over the Gunners, Lys Mousset scoring the all-important goal.

Bent says that the 27-year-old performed nowhere near the standard expected, insisting he should be red-faced for being outperformed by his young midfield partner Matteo Guendouzi.

Bent told Football Insider: “For him to be their captain, at the minute that’s just sending the wrong message. Yeah, he might be a good player but at the minute he’s not performing well, he’s not leading the team well.

“What he needs to do is look at the guy next to him, in Guendouzi. If I was Granit Xhaka, I would be embarrassed in my own performance with the way a 19-year-old kid next to me is playing. He’s doing everything I should be doing.”

Xhaka, who has been handed the captaincy on a permanent basis by Emery, has played eight times in the Premier League for the Gunners this season, missing just the 2-1 win against Burnley back in August.

He has a total of 143 appearances under his belt for the north London giants, 107 of those coming in the English top flight.

In other Arsenal news, Football Insider can reveal the Gunners are jetting out on transfer missions for a Spanish international who has lost his starting role.